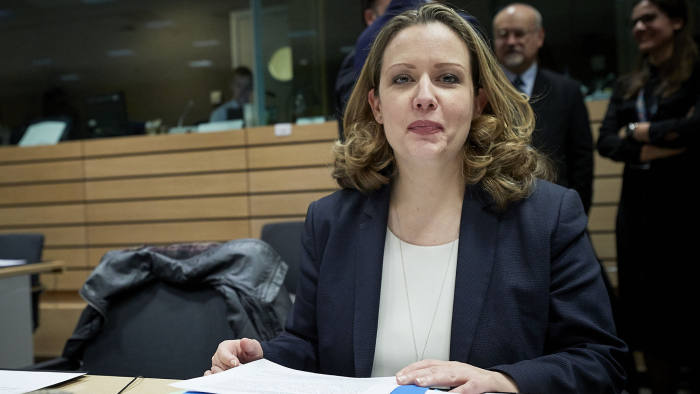 Britain’s membership of the European Union came to an awkward end last week after the UK’s representative to the bloc was told by his opposite number from another member state: ‘Good riddance.’

The remark was made to Sir Tim Barrow by Irena Andrassy, Croatia’s permanent representative in Brussels, during Sir Tim’s final pre-Brexit meeting with EU counterparts.

However, the exchange was apparently the result of a misunderstanding of the British phrase which Ms Andrassy believed equated to something like ‘good luck’.

Diplomats stressed to the Financial Times that the comment was not meant as a swipe at the departing UK.

Instead they suggested it was simply another occasion when Britain and another EU member state were not quite on the same page and something was lost in translation.

However, it was noted that ‘history will show’ the unfortunate remark was the last one made to the UK’s representative by the EU before Brexit.

One official said: ‘The Brits saw the funny side and understood how it was meant.’

However, it was noted that ‘history will show’ the unfortunate remark was the last one made to the UK’s representative by the EU before Brexit.

Ms Andrassy subsequently suggested that she had meant the comment as a joke.

She tweeted: ‘One more thing we share with our British friends – a good sense of humour…’

Sir Tim’s time as the UK’s permanent representative in Brussels came to an end at the point of Brexit at 11pm on January 31.

However, he seamlessly moved into a new role as the UK’s ambassador to the bloc.

Sir Tim will be a crucial figure in the coming months as the UK and the EU try to hammer out the terms of their future partnership.