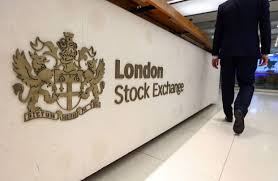 France is looking at ways to lure clearing in euro derivatives away from London to the European Union to lessen the risk of any forced “relocation” backfiring by driving business instead to the U.S., financial industry officials said.

Britain left the EU last month and no longer has a seat at the table when it comes to discussions over financial regulation, giving France an opportunity to ratchet up the pressure to win more clearing business for itself.

Globally, it clears more than 90% of euro interest rate swaps, a financial contract heavily used by companies on the continent to shield themselves against unexpected moves in borrowing costs.

Clearing is a crucial part of any transaction, ensuring deals are honored even if one side goes bust. Loss of clearing responsibilities could mean other elements, such as trading itself, moving.

Success by rival clearing house Eurex, part of Deutsche Boerse (DB1Gn.DE) in Frankfurt, to win market share from LCH have been modest despite sweeteners being offered.

French finance ministry and Bank of France officials have told financial sector representatives that moving euro clearing from London to the single currency area is now a “priority”, people with knowledge of the discussions said.

French officials told industry representatives that the EU needed to build up its own capital market.

The European Central Bank should have a “final say” over clearing houses dealing in large volumes of euro-denominated securities to safeguard financial stability, the people said.

The French finance ministry told industry representatives that it was looking at what sort of incentives could be provided for banks and others to move clearing voluntarily.

LCH has built up its dominance by offering efficiencies such as netting positions across different currencies to reduce the amount of margin or cash needed to back the trades.

“They are thinking how to deliver benefits similar to cross-product margining and netting across currencies if euro-denominated clearing is separated from other products,” an industry official said.

A source at the French finance ministry said it considers clearing houses as systemic market infrastructure for the euro zone.

“We are willing to open a discussion on how to move them back to the euro zone,” the ministry source said.

“We believe that France has all the right assets to carry out the tasks of clearing houses in the euro zone,” the source added.

After December, LCH will need permission from the EU to continue clearing swaps for customers inside the bloc under an EU market access system known as equivalence, which will feature in trade deal negotiations between Britain and the EU due to begin next month.

Access can be granted if Brussels decides that LCH’s UK rules are equivalent or as strict as those in force in the EU to protect customers and financial stability.

Industry officials expect LCH to be granted equivalence at least for the medium term given the risk to financial stability if positions worth billions of euros have to be shifted at short notice.

If granted, and as a last resort, the EU can hit the “relocation” button, forcing LCH to move clearing to the EU to avoid losing EU clients.

LCH has a subsidiary in Paris but adapting it to clear interest rate swaps would be costly. LCH has already moved clearing in euro-denominated repurchase agreements or repo from London to Paris in the hope of easing pressure for more relocation of clearing, but it is not enough to satisfy the French authorities.

Britain has warned that forced relocation could backfire with euro clearing moving instead to the United States, which already has an equivalence agreement with the EU.