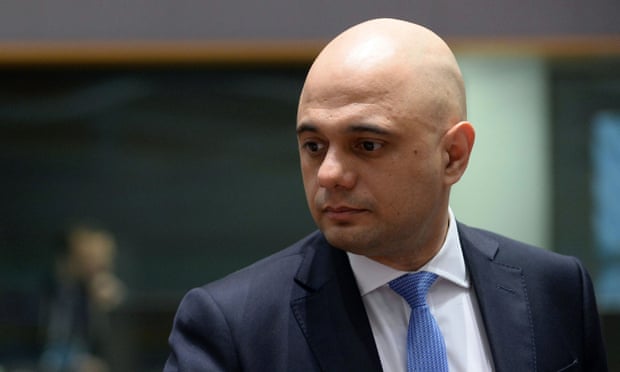 Putting the lead back in paint, the sewage back on beaches and enhancing the lethality of children’s toys. These are just some of the “opportunities” for deregulation offered in Sajid Javid’s call for the public to propose ways to diverge from the EU rulebook.

Slashing European regulation has long been an article of faith for the Tory party, fulfilling both its Thatcherite and Europhobic instincts. No matter that recent history – from the global financial crisis to the tragedy at Grenfell Tower – has taught us that regulation is a public good to be protected, not an evil to be eradicated.

Just like Boris Johnson, Javid has learned to live outside history, eschewing any responsibility for his party’s decade in power. Brexit is presented as a fresh start for the country and the government. The idea of divergence is crucial to provide Brexit with a sense of purpose.

But the truth is Brexit will create a more bureaucratic state rather than a more agile one. The UK now needs to build its own regulatory functions in Whitehall to replace those that were delegated to Brussels. From medicines to chemicals to aviation, the UK will need to replicate European agencies, no matter the chancellor’s ideological bent. Instead of sharing these regulatory functions with 27 other states, Britain will now need to shoulder the responsibility alone. Brexit will be a boon for British bureaucrats.

Good regulation requires deep technical expertise. Neither the public, politicians nor commentators possess the expertise to judge whether medicines are safe or whether complex financial instruments pose a risk to economic stability. Brexit may have been the politics of the gut – the instinct that the country would be better off out – but it is only viable with a vast expansion in the number of technocrats.

So what will these technocrats do? The fundamental error is to think that less burdensome regulation means a lower regulatory burden. In practice it means two sets of regulation to replace one, if the UK and the EU operate with different standards and rules – even if they are lighter touch here than across the Channel. That means complexity goes up, not down.

Moreover, product markets are increasingly global, not local. So any firm that wants to export into the European single market will need to match its regulatory requirements. Products will be produced to the highest standards, not the lowest. For any goods produced here that firms want to export, deregulation is merely a mirage.

There are some areas where Britain could realistically deregulate, though none are desirable. It could erode workers’ rights, lowering the cost of production. But we already have one of the most “flexible” labour markets in the world – and many Brexit voters expect more protection not less. The UK could cut back on environmental standards, but this would be inconsistent with commitments under the Paris climate agreement.

While financial regulation was given effect by an EU directive, this was based on the global Basel agreements: diverging from these would make the UK a pariah a little over a decade since the global financial crisis nearly tipped the world economy into a depression due to the sharp business practices of banks in the City of London as much as Wall Street. The Bank of England has always been a more important financial regulator than the European commission.

The truth is that Britain’s economic problems are the result of a failed free-market model. The path to success lies in a more active and entrepreneurial state that works in partnership with business and unions to raise productivity and unleash innovation. Our problems are of our own making. Only in the delusions of Brexit fantasists is putting the lead back in paint the way to put the great back in Great Britain.