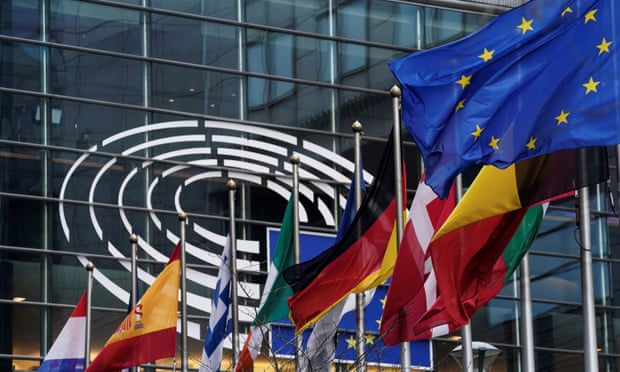 Brussels is clamping down on 82 free ports or free zones after identifying that their special tariff and duty status has aided the financing of terrorism, money laundering and organised crime.

A set of new rules was introduced by the European commission just weeks before the launch on Monday of a UK government consultation on the creation of up to 10 free ports in post-Brexit Britain.

Authorities across the EU have been obliged since 10 January to take extra measures to identify and report suspicious activities at the ports and zones as a result of the “high incidence of corruption, tax evasion, criminal activity”.

The EU’s executive branch has said it will review the issue again next year owing to the popularity of such ports among high-net-worth individuals and criminal organisations seeking to circumvent recent crackdowns on bank secrecy.

Free ports or free zones are a type of special economic zone (SEZ) where business and trade laws differ from those in the rest of the country. Goods can be landed, stored, handled, manufactured or reconfigured and re-exported without being subject to customs duty.

Rishi Sunak, the chief secretary to the UK Treasury, inaccurately claimed on Monday that “the EU is pretty much the only place in the world that doesn’t use free ports”. In reality, the EU’s customs code does allow for free ports or zones and there are 82 of them across the countries that are subject to its regulations.

The Isle of Man, a British crown dependency that is neither part of the EU nor the UK, operates a free port. The British government has said it wants the first to be opened in the UK by 2021.

In July, the commission said free ports, popular for the storage of art, precious stones, antiques, gold and wine as alternative assets to cash, posed an emerging threat in multiple ways.

The ports are said to allow counterfeiters to land consignments, tamper with loads or associated paperwork and re-export the products without customs intervention, disguising the true origin and nature of the goods, and the identity of the original supplier. The commission said they were also used for narcotics trafficking, the illegal ivory trade, people smuggling, VAT fraud, corruption and money laundering.

“Legal businesses owned by criminals remain key to money-laundering activities”, the report said. “Free ports are perceived as facilities that protect their clients’ identity and financial dealings, much as private banks used to.”

As an example of the nefarious activities taking place at such sites, the commission noted that in December 2016, Swiss authorities seized cultural relics looted from Syria, Libya and Yemen that were being stored in Geneva’s free ports.

“The looters had brought the confiscated objects to Switzerland via Qatar”, the EU report said. “Three of the pieces were from the ancient city of Palmyra, a Unesco world heritage site systematically destroyed by [Islamic State] jihadists who had seized it in May 2015.”

“Free ports are conducive to secrecy,” the report added. “With their preferential treatment, they resemble offshore financial centres, offering a high degree of security and discretion, and permitting transactions without attracting the attention of regulators or direct tax authorities.”

The British government has argued that the proposed new zones could bring thousands of new jobs and significant investment but the conclusions of trade experts have been mixed.

A report from the UK Trade Policy Observatory suggested the benefits would be “tiny”, while the construction group Mace argued the creation of free ports could create 150,000 new jobs and add £9bn a year to the UK economy.

A report from the European parliament last year noted that a growing demand for free ports could in part be explained by a recent global crackdown on tax evasion.

The US Foreign Account Tax Compliance Act and the OECD’s 2014 Common Reporting Standard (CRS) make it hard for individuals to escape taxation on proceeds of funds held in bank accounts.