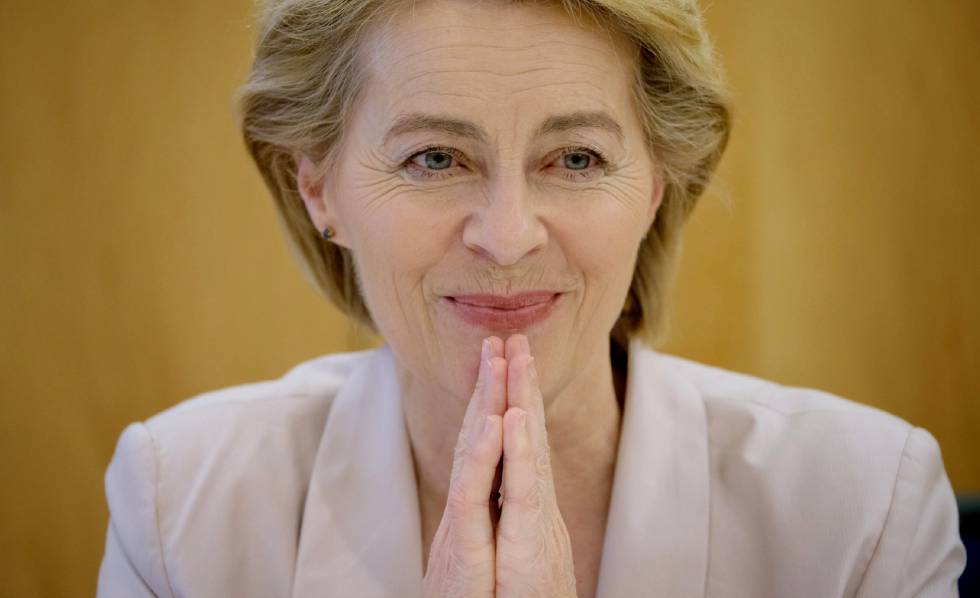 European Commission President Ursula von der Leyen has said the EU is “all set” for trade talks with the UK and seeks a unique and unprecedented deal.

“We will enter these negotiations with the highest ambition because good old friends like the UK and us shouldn’t settle for less,” she told MEPs.

But she said UK Prime Minister Boris Johnson would have to accept a “level playing field” on rules and standards.

Mr Johnson has insisted the UK has “no need” to follow EU trade rules.

When the UK left the EU at the end of January, little changed in its relationship with the bloc as a Withdrawal Agreement is in place until the end of 2020.

The UK prime minister set out his preference this month for a deal similar to the EU-Canada trade agreement, but said if that did not work out then trade would have to be based on World Trade Organization rules.

He was adamant there was “no need” for a free-trade deal to involve accepting EU rules on competition, subsidies, social protection or the environment.

“The question is whether we agree a trading relationship with the EU comparable to Canada’s – or more like Australia’s,” he told an audience in Greenwich, London.

The head of the Commission said the prime minister’s Greenwich speech on free trade was “music to our ears”, but she warned that an Australia-type deal, mentioned by Mr Johnson, did not exist. “We are just in the moment of agreeing with Australia that we must end this situation.” she said.

What’s the EU’s message to the UK on Brexit?

Might the predicted row over commitments to fair economic competition – “the level playing field” delivered via the infamous “dynamic alignment” with EU rules – end up being a red herring? Like the argument about the UK’s financial obligations in the Brexit negotiations?

It was left to Michel Barnier to deliver the home truths: the UK’s desire to end the transition period this year has left too little time for the negotiations, there will be serious economic consequences if there’s no trade deal at the end of them, and British financial services firms won’t enjoy special treatment.

Meanwhile MEPs are coming to terms with the post-Brexit world. Is the UK an old friend to be embraced or a threat to be neutralised? The reality is it’s both and the EU will have to strike a balance. That’s going to be the hard part.

The UK’s Foreign Secretary, Dominic Raab, visited Australia on a trade mission last week, days after insisting that there would be no alignment with EU rules under any post-Brexit deal.

The EU’s chief Brexit negotiator, Michel Barnier, went further than Ms von der Leyen, warning the UK to have “no illusion” about the future of its financial services sector, which makes up 6.9% of UK economic output. “There will not be general, open-ended, ongoing equivalence in financial services,” he said.

The EU had long backed open and fair trade, as with its deals with Canada and Japan, the head of the Commission said.

While she said the EU’s aim of a “zero-tariff, zero-quota trade relation for all goods” with the UK was unique and unprecedented, she insisted it required guarantees of fair competition and the protection of social, environmental and consumer standards.

Although the EU did not demand the same type of level playing field with Canada and Japan, it has long stressed that the UK is in a different position because of its “geographic proximity and economic interdependence with the EU27”.

The chair of the European Parliament’s UK co-ordination group, David McAllister, told MEPs the EU had to protect the single market – the UK couldn’t have the same rights as a member state and a level playing field for fair competition was a pre-condition for a free trade agreement.

Croatian minister Nikolina Brnjac, representing the European Council, said that the EU’s mandate could not spell out the final outcome as it had to leave space for negotiations. The future relationship should have ambitious provisions for the mobility of people, despite the end of the free movement of people.