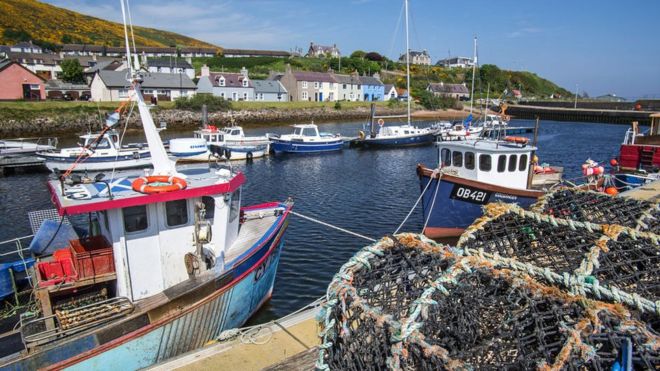 Claim: UK fishermen were “throwing back a million tonnes of fish dead” every year because of the EU’s Common Fisheries Policy (CFP), according to Conservative MP Owen Paterson.

Reality Check verdict: No one has ever come up with a credible figure of one million tonnes for UK fishermen alone. It’s true that UK fishermen were required by EU rules in the past to throw back unwanted or undersized fish – although exactly how much is not known. The EU started reversing these rules in 2016 and by 2019 vessels weren’t allowed to throw back any fish subject to quotas. There’s some evidence discarding is still happening, though, despite the rule change.

He said, under CFP rules, UK fishermen were “throwing back a million tonnes of fish dead as pollution every year”.

The UK remains part of the Common Fisheries Policy – which sets the rules on how EU members fish – until the end of the transition period, at the end of this year. The system that will replace it is still up for negotiation.

So what do the rules say?

Until relatively recently, EU member states – including the UK – were required to throw some fish back into the water.

This controversial practice was known as “discarding” and involved returning unwanted catches back to sea (dead or alive) because they were too small or because the crew had exceeded their quota – the amount of fish they were allowed to catch.

How many fish were discarded?

There is no single accepted figure for this.

In 2008, a report from the World Wide Fund for Nature (WWF) put the figure for the North Sea at one million tonnes. Again it did not single out the UK. This was calculated by subtracting kilos of fish sold from kilos of fish caught.

A House of Lords report published in 2019 said that in 2013 an estimated 1.7 million tonnes of fish and “other marine animals” were being thrown back into the sea each year across European waters – again not specifically by UK fishermen.

The National Federation of Fishermen’s Organisations (NFFO) told us they did not recognise the one million tonnes figure quoted by Mr Paterson and did not believe an estimate of discarded fish could be reached.

But the rules have changed

From January 2015 onwards, the EU started reversing its policy on discarding. It introduced a “landing obligation” on fishermen to keep the fish they caught.

This first applied to “pelagic” species of fish (including mackerel and herring) before being extended from 2016 to bottom-dwelling fish (including cod, haddock and plaice).

By January 2019, vessels weren’t allowed to discard any species of fish for which quotas were used to limit the numbers caught.

We spoke to Mr Paterson. He said he was referring to the situation under the old rules but added that he “knew the discard ban was not going to work”.

While he believed the one million figure to be a widely recognised estimate, he acknowledged that “the reality is, we don’t know”.

The discard ban has “proven challenging to implement”, according to Louisa Casson, oceans campaigner at Greenpeace UK.

“There are many proposed solutions, including observers and CCTV on boats, but none of these are in place across the entire UK fishing fleet,” she said.

And there is some evidence vessels are still discarding fish, including video and photographic evidence of illegal discards happening off the coast of Scotland gathered by campaign groups Our Fish and Open Seas.

The NFFO said that while the ban was working well for some types of fishing, for others there were “fundamental difficulties caused by the design of the legislation” which required a “fundamental overhaul”.