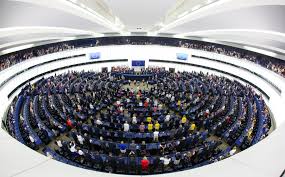 The European Parliament adopted a text embracing the key positions of negotiator Michel Barnier with a 543-39 vote that included 69 abstentions.

The remaining EU member nations are still going over Barnier’s proposals for a post-Brexit trade relationship with the U.K. but are expected to back them when European affairs ministers meet in in Brussels on Feb. 25.

Right up to Britain’s Jan. 31 exit from the EU, the remaining member nations closely aligned their views during the drawn out withdrawal negotiations. The challenge now is to keep them united during the post-Brexit trade negotiations, which are to last through the rest of the year.