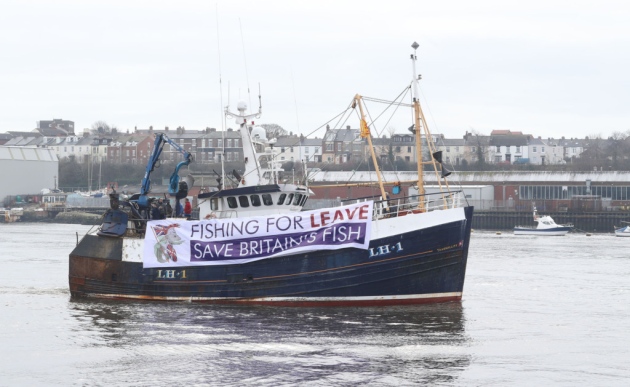 A new tracking app for traditional fishermen could prevent them from enjoying their much-heralded ‘Brexit bonus’.

Fishermen are hoping to be exempt from rules set by Brussels, which dictate how much and where trawlermen can fish, once the Brexit transition period ends on December 31st, and they hope as a result to be able to catch more fish.

But industry officials have accused the fishing regulator, the Marine Management Organisation (MMO), of having “torpedoed” the survival chances of the English industry with the imposition of a new app.

Under 10m boats, which account for 80% of all UK vessels, are being forced to use the Catch Recording App in a bid to collect more detailed information on how much fish is being caught by small-scale fishermen.

The Coastal Producers Organisation, representing close to 280 fishermen who operate out of under 10m boats, said the threat of criminalisation was a danger to the future of fishing communities.

“Just when the UK’s fleet of long-suffering day boat fishermen were expecting to finally catch a break with a prospective Brexit bonus, instead they’re getting torpedoed by the MMO, which has randomly introduced its Catch App,” chief executive Jim Pettipher told the PA news agency.

“No other boats under 10m in Europe are subject to this regime, nor even in Scotland or Wales. It’s madness.

“Yet again it is the coastal communities and a traditional way of life that will lose out.”

Shadow environment secretary Luke Pollard – who has previously called for Catch App to be scrapped – accused ministers of introducing more stringent “red tape” than the EU ever had.

“At the very moment when we have left the EU and its real or imagined burdens, the government is implementing the biggest piece of red tape seen by the industry.

“This is not an EU decision, this is a UK decision. You couldn’t make it up.”

Fisheries minister George Eustice was questioned in the Commons last week about removing the risk of criminality for seafarers – but he defended the app’s implementation.

The MMO has made fresh assurances to fishermen that it will not be heavy-handed when it comes to prosecuting Catch App users.

Tom McCormack, MMO chief executive, said: “Fishermen who are recording catches to the best of their ability have no need to worry.

“If and when there is ever a need to consider enforcement or prosecution actions – for example, someone persistently misreporting or not recording at all – that decision would be taken on a wide range of evidence.”