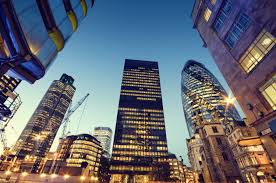 Britain’s financial sector wants a new forum to oversee how the UK and European Union are maintaining access to each other’s financial markets after Brexit.

Britain left the EU last month but will apply the bloc’s rules until December, after which new trading terms will be needed.

Access to the EU for investment banks, exchanges and clearing houses in Britain, will depend on Brussels finding them “equivalent”, or compliant with rules that are as robust as those in the EU.

Equivalence is not ideal as it does not cover all financial activities and can be canceled with 30 days’ notice in some cases, making it unstable as a basis for a cross-border business model for Britain’s finance industry and its largest market.

“While the UK and EU need to maintain their regulatory autonomy, there should be clear and robust processes for granting, maintaining and withdrawing equivalence,” the International Regulatory Strategy Group (IRSG) said in a statement on Thursday.

The IRSG is backed by the City of London financial district and TheCityUK, which promotes Britain’s financial sector abroad.

It called for a formal EU-UK Forum for dialogue on financial rules with an arbitration mechanism to make “binding judgements” on breaches of the equivalence process. Each side would maintain full regulatory autonomy, the IRSG said.

But talk of “binding judgements” is likely to raise hackles in EU states like France that want activities such as euro clearing moved from London to the EU.

Andrew Bailey, who becomes Bank of England governor next month, said on Wednesday it would be unusual for Britain not be granted equivalence given all EU rules are now in UK law.

A mechanism was needed to avoid a “punch up” when either side wants to change rules, Bailey said.

In its draft mandate for trade talks with Britain, the EU refers to an appropriately structured cooperation on regulation, but on a voluntary and informal basis.

Tensions rose this week when the EU told Britain to be under no illusion about what sort of market access it can get in financial services.

Nicolas Mackel, head of Luxembourg for Finance, which promotes the Grand Duchy’s financial center, said meaningful dialogue would be a pragmatic step given Britain’s role and expertise in finance and would not indicated any special market access beyond equivalence.

“It’s positive there is a reference to dialogue in the EU trade mandate, but creating token dialogue won’t help,” Mackel told Reuters.

Britain also has to decide how much access it will grant EU financial firms, though it would be difficult to put up the shutters given it routinely champions open markets.

Cross-border banks and exchanges that have used London as an EU gateway have new subsidiaries in the bloc and say they can function without equivalence, but it would help to keep costs down if they could use hubs in London.

Britain expects equivalence in clearing derivatives from next January, however, though this could be time-limited.