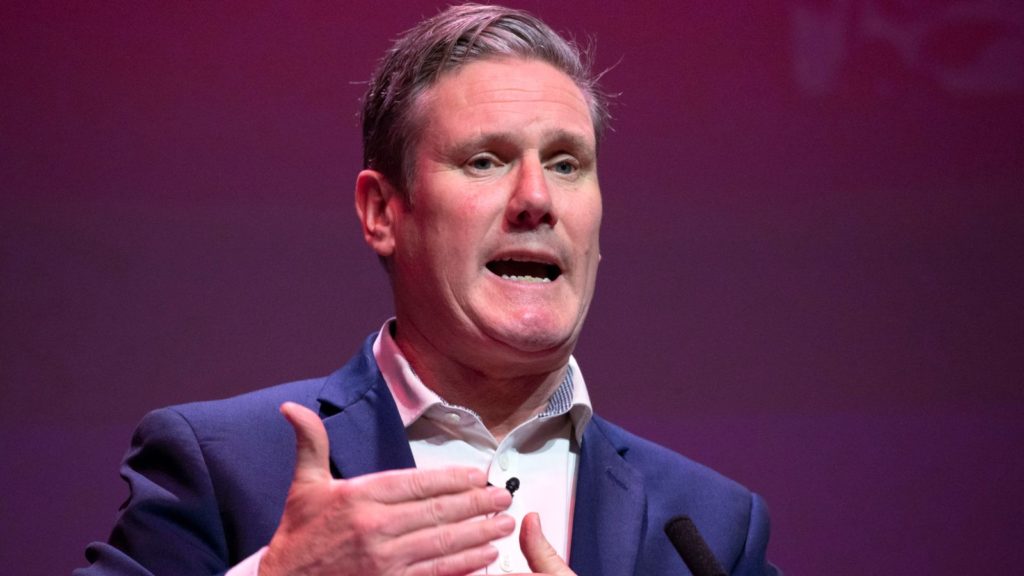 Labour’s Brexit stance in the general election was the “right policy”, the favourite to replace Jeremy Corbyn as the party’s next leader has told Sky News.

Sir Keir Starmer defended the party’s position on Britain’s EU exit, despite Labour suffering its worst performance at the ballot box since the 1930s.

The party lost 59 seats and saw its vote share drop by more than 7% as Boris Johnson returned to Downing Street with a commanding majority of 80.

Labour went into December’s election promising to renegotiate the Brexit deal that Mr Johnson had struck with Brussels if it got into power.

The party said it would then hold a second referendum, with a special conference to be held at a later date to decide whether Labour would back leaving the bloc with that deal or staying.

Sir Keir defended the policy, telling Sky’s Sophy Ridge on Sunday: “I thought it was the right policy.”

But he argued Labour should have declared which side it would have supported in the ensuing referendum it was advocating.

“I thought we should have gone on by the way and said which side we would be campaigning on if there was a referendum,” Sir Keir said.

“I warned our party that if we looked indecisive, we wouldn’t look like we were leading on this issue.”

Sir Keir said Brexit was one of several factors behind Labour’s loss.

“I think we all take responsibility for that devastating election loss,” he said.

“So, there were a number of reasons and we need to address all of them.”

In a wide-ranging interview with Sky News, Sir Keir:

Sir Keir is the frontrunner in the contest to succeed Mr Corbyn, having so far gained the most support among MPs and MEPs, affiliate organisations, trade unions and constituency parties.

Shadow foreign secretary Emily Thornberry was eliminated from the race on Friday.

A winner in the contest will be declared at the start of April.

Sir Keir sought to play down his frontrunner status, telling Sky News: “No votes have been cast, it’s really important we are very disciplined and professional in this campaign, we are trying to win every vote and we are absolutely conscious that nobody has actually made their mind up yet.”

He said that if he won, his chief goal would be to unite the party.

“If we can’t unite our party and stop taking lumps out of each other, then we’re not going to win the next general election and so I want to bring our party together,” Sir Keir said.

Asked if he was closer politically to Mr Corbyn or Tony Blair, Sir Keir declared: “I don’t need someone else’s name tattooed on my head to make a decision or hug a historical figure.”