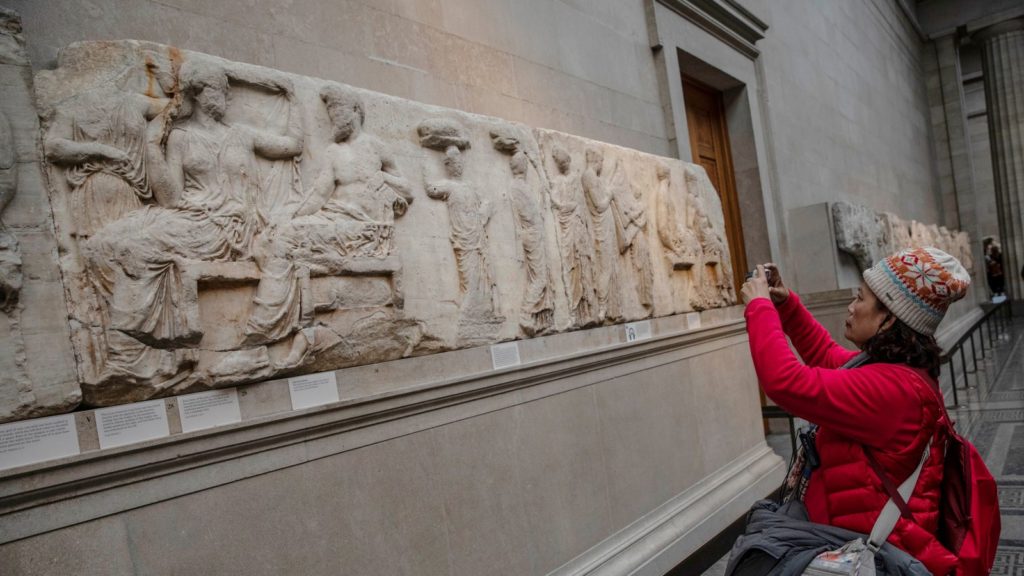 A demand for the return of “unlawfully removed cultural objects” has been included in the EU’s negotiating mandate for trade talks with the UK – prompting claims Britain will be held to ransom over the Elgin Marbles.

The British Museum has long refused to return the 2,500-year-old artefacts to Greece, which the country says were stolen from them by Lord Elgin in the early 19th century when it was under Ottoman Turkish rule.

However, the museum says the relics, which are roughly half of a 160-metre-long frieze which took pride of place in the Parthenon in the 5th century, were legally acquired by Elgin, who was said to have made an agreement with the Ottoman leaders.

The EU’s demand for the return of unlawfully removed cultural objects to their countries of origin did not specify any specific items.

However, an EU official said a request for the clause was made by Greece and is supported by Italy, Reuters news agency reports.

Athens has long campaigned for the return of the Marbles and recently announced it would step up its demands once the UK had left the European Union.

An EU source said the request had support from other EU countries, such as Cyprus and Spain, and that Greece was more concerned about the illegal trade of its relics through British auctions.

A Downing Street spokeswoman said the sculptures would not be discussed during next month’s trade talks.

She said: “The EU are still finalising their mandate – this is currently in draft.

“The UK’s position on the Parthenon sculptures remains unchanged – they are legal responsibility of the British Museum.

“That is not up for discussion as part of our trade negotiations.”

It comes as Michel Barnier, the EU’s chief negotiator, warned the UK could not expect to get a Canada-style trade deal currently pursued by Prime Minister Boris Johnson.

Mr Barnier reportedly told journalists that Britain was too much of a close competitor geographically to have a Canada-type arrangement.

“A trade agreement that includes in particular fishing and includes a level playing field, with a country that has a very particular proximity – a unique territorial and economic closeness – which is why it can’t be compared to Canada or South Korea or Japan,” Mr Barnier said, according to the BBC.