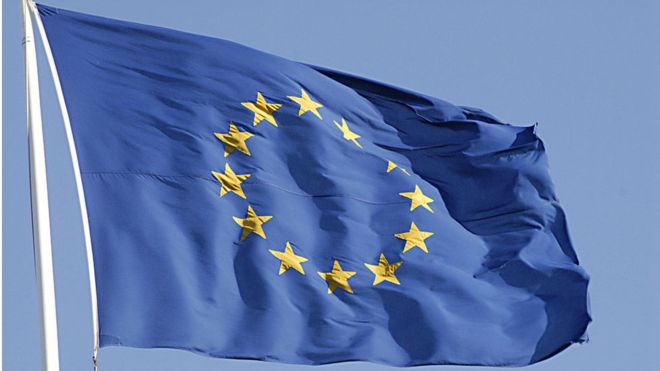 EU leaders are meeting in Brussels this week to discuss the bloc’s future budget plans.

These negotiations are always challenging, tending to pit net payers against net beneficiaries.

There are proposals from the European Commission and the Parliament that some countries think involve spending too much.

This time, the talks are further complicated by the departure of the UK, which was a large net contributor.

The talks are about the EU’s long term budget or financial framework. It will set out the total spending level and the amount to be spent on particular areas over the next seven years.

The current framework runs to the end of this year, so the new one will cover the period up to 2027.

It is always a tough negotiating challenge. The countries which put in more than is spent by the EU within their own borders tend to want restraint. There’s a group seeking that known as the frugal four: the Netherlands, Austria, Sweden and Denmark.

But countries in Central and Eastern Europe and the South want to protect spending on agriculture and what is called ‘cohesion’, money intended help to the EU’s poorer regions.

These could well face cuts, as there are also proposals for the new framework which involve increases in other areas. Poland is an important voice in this group, sometimes known as the ‘friends of cohesion’.

The biggest contributor of all is Germany and it shares the frugal four’s desire to restrain spending. The next biggest payer is France which has a strong farmers’ lobby pulling in the opposite direction.

EU spending is quite small compared to the budgets of national governments. In the current seven year period it was fixed at 1% of the EU economy, its GDP.

By contrast, what member countries spend on themselves compared to their national economies is much higher, more than 50% for several of them.

Even so, the size of the EU budget matters a lot to EU leaders, financially and also politically.

They want to be able to claim to the audience at home that they have achieved their aims and looked after their national financial interests.

So the negotiations are tough, as they were back in 2013 when the British Prime Minster David Cameron claimed a great success in curbing the EU’s spending limits for the next seven year period.

This time the same pressures are there, with the added complication of the UK’s departure.

The UK’s total contribution in 2018 was £17.4bn but that was before the UK rebate, which is paid by other member states, and spending on EU programmes in the UK.

Neither of those will feature in the future financial framework, and deducting them leaves a hole of £9bn to be filled.

The Austrian leader, Chancellor Sebastian Kurz, writing in the Financial Times on behalf of the frugal four, referred to the UK’s departure as a reason for financial restraint: “Now that we have a smaller union of 27 member states, we simply have to cut our coat according to our cloth”.

EU spending priorities have changed and that will probably continue.

Agriculture does not dominate the budget in the way it used to. It was more than 70% of total spending in 1986 and is now less than 40%. That decline is likely to continue.

The European Commission proposal for the next seven years for example takes it down to below 30%, including spending on fisheries.

That proposal includes spending more in the future on security, student exchanges in the form the Erasmus programme, the external border, digital issues, and the environment, including climate change.

Even when the leaders do agree at this summit or a future one, they will still have to seek approval from the European Parliament which wants to increase spending.

One indication that this could be a challenging summit is in the invitation to leaders sent by the President of the European Council, Charles Michel, who will chair it.

He wrote that the summit would begin on 20 February. That’s all he had to say on the timing; no indication of when it would finish. And his published schedule for the week has nothing for Friday. It could be a very long night.