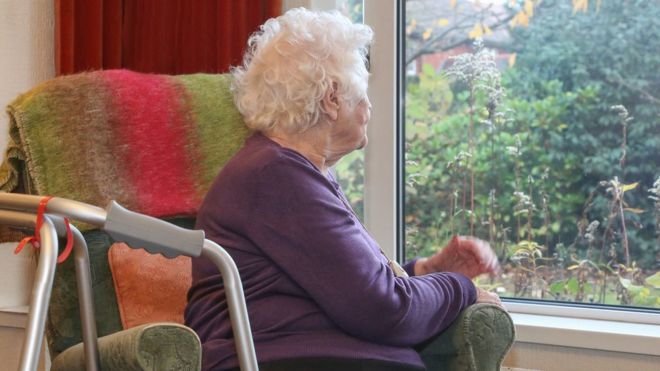 New immigration rules would make a “major recruitment crisis” worse and lead to a “severe” shortage of carers, Care Forum Wales has warned.

The Welsh government said the plans showed an “alarming lack of understanding” of Wales’ economy and would unnecessarily damage prosperity.

The UK government said it would end the reliance on “cheap” immigrant labour.

CBI Wales said the system would pose a “real challenge” to sectors including hospitality, tourism, and agriculture.

How will it work?

Under the post-Brexit plans, the salary threshold to determine whether a worker qualifies for a “skilled” visa would be lowered from £30,000 to £25,600, and there would no longer be an overall cap on the number of skilled workers who could come into the UK.

Workers who do not qualify as “skilled” under this criteria would not get visas.

However, the threshold would be as low as £20,480 for people in “specific shortage occupations” including nursing, civil engineering, psychology and classical ballet dancing, or those with PhDs relevant to a specific job.

How dependent is Wales on EU labour?

The latest figures suggest there are 52,000 EU workers in Wales out of a workforce of 1.47 million. However, it is difficult to get a specific breakdown for the numbers employed by each sector.

A 2016 paper by the Public Policy Institute for Wales for the Welsh Government said the proportion of those living here who are EU migrants is low compared with the UK average.

However, analysis showed tourism and manufacturing might be more susceptible than other sectors, the report said. It said more than half of EU migrants in Wales are concentrated in Cardiff, Newport, Carmarthenshire, Swansea, Flintshire and Wrexham.

Last year the Welsh Government estimated there were 2,900 social carers workers from EU countries in Wales – about 6.4% of the workforce.

Ian Price, director of CBI Wales, said several aspects of the new immigration system would be welcomed by business, such as abolishing the cap on skilled visas, introducing a new post-study work visa for overseas students, and reducing the minimum salary threshold from £30,000.

But he said the system would also pose “real challenges” for businesses, “against a backdrop of a highly competitive labour market and a declining working age population”.

He added there needed to be further consideration to how the new system could be implemented across all regions and nations of the UK, and employers needed time to adapt.

Welsh government Brexit Minister Jeremy Miles claimed its assessment of a similar proposal from the previous UK government suggested GDP in Wales would be damaged by 2% if it went ahead.

Colin Angel, of the UK Homecare Association, said care employers would struggle to meet the immigration salary threshold of £25,600.

Most of those people were working for private companies providing services for local councils.

Mr Kreft, who is also a director of the Pendine Park care home in Wrexham, said: “Nobody has said where that extra money would come from to pay more to attract more UK care workers.

“There are hundreds of people today in hospitals right across Wales who are awaiting discharge home… and they can’t be discharged because we haven’t got people to care for them in their communities.”

“We have a lot of experience with the current points-based immigration system which is used for non-EU Citizens. We have five employees from Ukraine and Kyrgyzstan.

“It is a painfully slow, lengthy, complicated and expensive process, which takes on average six-plus months from start to finish.

“December 2019 was the last visa we got and it cost £12,000 in total which included the immigration fee, NHS fee and lawyers’ fees.”

He said his company had to persuade experienced tech professionals to relocate to Wales, and “this layer of complication and cost will make life harder for us to recruit while gifting our EU competitors an advantage”.

“A lot of migrant workers, who are essential to the economy, will not meet the required 70 points and employers might struggle to recruit for certain jobs.”

Her company has just opened a European office in Bucharest to allow it to employ multilingual graduates it will not be able to find easily in the UK.

“It also protects the business from Brexit,” she added.

“There is a shortage of language skills in this country and translation is an area we operate in. I believe a lot of companies might be doing the same which means a lot of jobs might move out of the UK.”

What is the UK government’s response?

The UK government said it would not introduce a route for lower-skilled/lower-paid workers, urging businesses to “adapt and adjust” to the end of free movement between EU countries and the UK.

It added: “The new single global system will treat EU and non-EU citizens equally. It will give top priority to those with the highest skills and the greatest talents, including scientists, engineers and academics.”