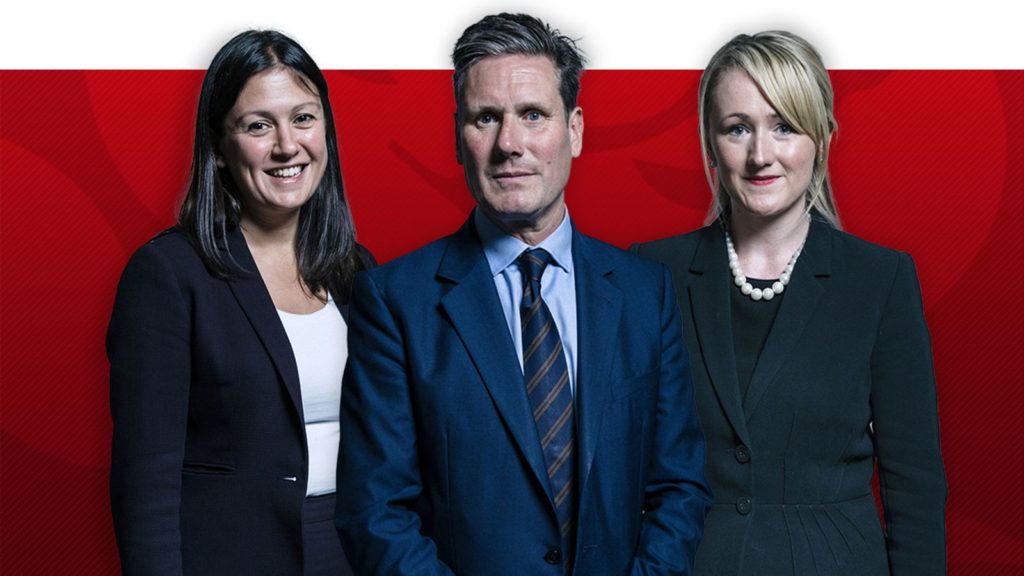 Jeremy Corbyn is to step down as Labour leader after the party’s poor performance in the general election.

Who could replace him? 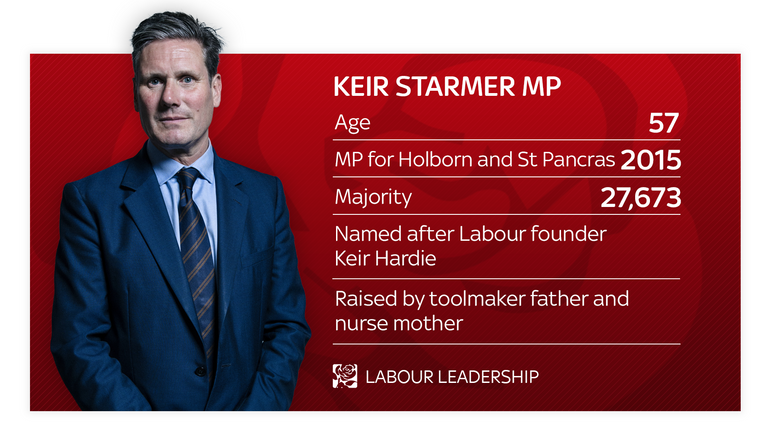 After much speculation the shadow Brexit secretary confirmed he was standing on 5 January.

A former director of public prosecutions, he has proved a continual headache for the last two Conservative governments as they tried to keep their Brexit shows on the road.

In the first poll of Labour Party members since the election, indicated the 57-year-old is a clear early frontrunner in the race.

However, moves within the party for the next leader to be a woman from outside the capital could dent the chances of the metropolitan pro-Remainer, who represents a central London seat.

He told Sky News he wants to set out a “radical plan” which will help the party “forge a path to victory”.

A northern female MP who serves as Labour’s shadow business secretary and has been less outspoken about backing Remain could be a good combination to put Rebecca Long-Bailey in the running to become leader.

She is frequently put up by the current leadership’s office for media interviews and is strongly aligned with Mr Corbyn’s politics – making her popular with members.

She finally confirmed she would stand on 6 January.

Mrs Long-Bailey has refuted the idea that she is a “continuity candidate” after being one of Mr Corbyn’s key allies and someone behind much of the party’s last manifesto.

She’s referenced her hometown of Salford as she pitches for leader, saying: “And of course I’ve got to appeal to the whole country but I think it’s time we showed our communities that we’re not just about London we’re about everywhere.”

Shadow education secretary Angela Rayner, who had been touted as a contender for the top job, was said to have decided to stand aside to give Mrs Long-Bailey, her close friend, a clear run as the favourite of the left. The pair have backed each other for leader and deputy leader.

Shadow chancellor John McDonnell, who is to stand down from the frontbench, has said Ms Long-Bailey “could be a brilliant leader”.

The Wigan MP held onto her Leave-supporting seat at the general election, even as other parts of Labour’s “red wall” in the North fell to the conservatives.

Ms Nandy, who announced her candidacy in a letter to the Wigan Post, said she has “a deeper understanding of what has gone awry in our discredited political system”.

She said: “Without what were once our Labour heartlands, we will never win power in Westminster and help to build the country we know we can be.

“I have heard you loud and clear when you said to earn that trust means we need a leader who is proud to be from those communities, has skin in the game and is prepared to go out, listen and bring Labour home to you.”

The former shadow energy secretary had argued against a second referendum and voted in favour of Boris Johnson’s withdrawal deal in October.

Announcing his candidacy, the shadow treasury minister said he wanted to “win back the trust” of voters who deserted the party in favour of Boris Johnson’s Conservatives and “unleash” the Labour movement to win its first general election since 2005.

The left-winger blamed the woes of the party on the legacy of the New Labour years under Tony Blair.

In 2017, Mr Lewis faced criticism after a clip of him emerged telling a man to “get on your knees b****” during a comic quiz held at a fringe event during Labour’s Brighton conference.

He apologised “unreservedly” and said the language he used was “offensive and unacceptable”.

Mr Lewis has held a number of shadow cabinet roles within Mr Corbyn’s team, but the Remain-supporting MP quit for a time back in 2017 when the party backed the triggering of Article 50 to begin the process of leaving the European Union.

His candidacy struggled to attract support, with Mr Lewis withdrawing from the contest with less than an hour to go before the deadline for nominations closed.

The straight-talking Birmingham Yardley MP became the third Labour politician to announce she was running for the leadership.

Although the 38-year-old has held no frontbench role, Ms Phillips has captured attention at Westminster with her campaigning on equality issues and tackling violence against women.

Before being elected to parliament, she worked for Women’s Aid, supporting female victims of domestic abuse.

Ms Phillips urged Labour to elect “a different kind of leader” when she announced her leadership bid.

Speaking to Sky News, she urged men to “pass the mic” on the top job arguing it would be “embarrassing” if Labour failed to elect a woman.

The prominent backbencher warned it would “look bad” and also hand “ammunition” to political opponents, who were “laughing at us”.

Despite reaching the required number of nominations from fellow MPs, Ms Phillips subsequently struggled to win the backing of either trade unions or local constituency parties that are needed in order to make it onto the final ballot paper.

In a video message to annouce she was quitting the contest, she said: “”The Labour Party will need to select a candidate who can unite all parts of our movement, the union movement, members and elected representatives.

“And I have to also be honest with myself, as I said I always would be throughout this campaign.

“At this time, that person is not me.”

The shadow foreign secretary argued in an article for The Guardian that backing Prime Minister Boris Johnson’s call for a snap election was “catastrophic political folly” because Labour went into a “single-issue election with no clear position” on Brexit.

Ms Thornberry had a rocky relationship with the current leadership over recent months, as one of the most prominent backers of remaining in the EU.

Her clashes with Boris Johnson over the despatch box before he became prime minister could stand her in good stead to take him on at a higher level.

However, she has previously faced accusations of snobbery after tweeting a picture of a white van parked outside a house draped with England flags.

Ousted Labour MP Caroline Flint has also said Ms Thornberry once told a colleague that she was “glad my constituents aren’t as stupid as yours” – a claim branded a “total and utter lie” by the frontbencher.

Ms Thornberry narrowly made it through the first round of the contest, earning 23 nominations from MPs and MEPs, one above the minimum.

But she struggled to gain the support of constituency parties and affiliate organisations, dropping out of the race on 14 February.

By the deadline she had 31 nominations from local constituency parties – two short of the 33 she needed to progress.

Ms Thornberry described the result as a “shame”, adding: “We had a standing start after the election, and operated on a shoestring, but we gave it everything.”