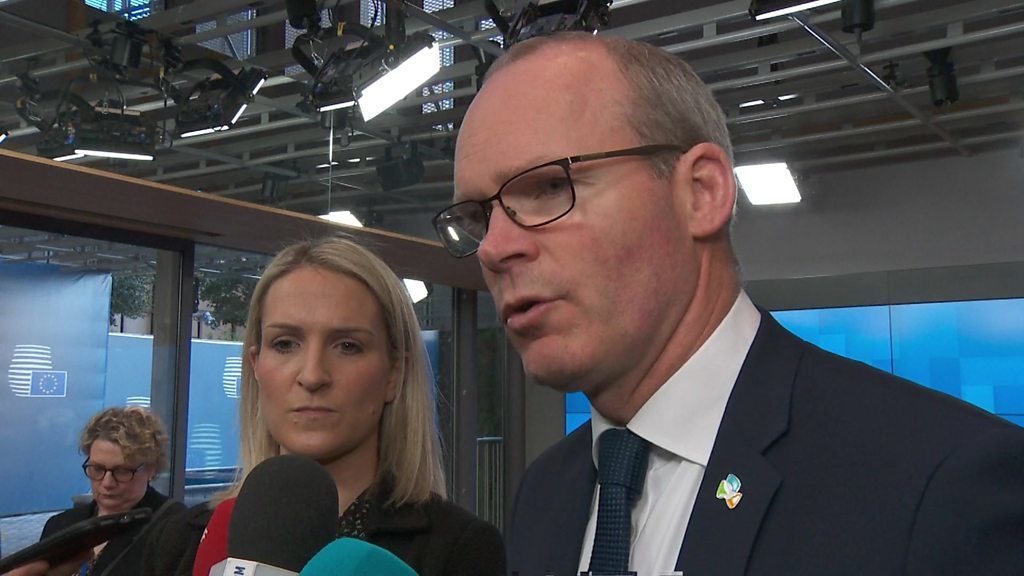 Ministers from the EU have approved their mandate for post-Brexit trade talks with the UK.

The document – approved by the EU General Affairs Council on Tuesday – will be the basis for the negotiations, to be carried out by Michel Barnier.

It says that EU standards should serve as “a reference point” in any future trade deal.

Meanwhile, UK ministers have agreed the government’s mandate for the negotiations, which begin on Monday.

The final agreement is due to be published online and presented in Parliament on Thursday.

The EU’s mandate – a 46-page document – says that its “envisaged agreement should uphold common high standards, and corresponding high standards over time with Union standards as a reference point”.

It says this should apply “in the areas of state aid, competition, state-owned enterprises, social and employment standards, environmental standards, climate change, relevant tax matters and other regulatory measures and practices in these areas”.

But the EU’s chief negotiator, Michel Barnier, said the bloc would not agree a deal “at any price”.

He warned there would be “complex, demanding negotiations” over a limited period of time, referring to the transition period that ends on 31 December.

During this period, the UK continues to follow EU rules – including freedom of movement – and it is intended to allow time for the UK and EU to agree a post-Brexit trade agreement.

Mr Barnier said: “A short time, as chosen by the British government, not by us.

“In a very brief period, you can’t do everything. We will do as much as we can under pressure of time.”

Referring to the EU mandate document, BBC Brussels correspondent Adam Fleming said: “This is the blueprint that Michel Barnier will follow in the negotiations.

“We’ve learnt from experience these documents are very important because the EU will only accept a final outcome that is pretty similar to this starting point.”

It is “the roadmap for all the rows we’re going to have over the next few months”, our correspondent added.

It is expected that ministers in the UK will commit to seeking a Canada-style agreement with zero tariffs, a proposal Mr Johnson and his Europe adviser David Frost have set out in speeches in recent weeks.

But the push for a Canada-style deal could set up a clash with the EU after its chief negotiator Mr Barnier ruled out such an agreement.

Mr Barnier has previously said the UK is too close in proximity to be permitted to compete with the other 27 member states on such terms.

And Nathalie Loiseau, an MEP for French President Emmanuel Macron’s La République En Marche! party, said that “to my knowledge the UK is not Canada”, adding that the EU-UK relationship is “very different” from the one with Canada.

Arriving at the meeting of the General Affairs Council in Brussels, Croatia’s European Affairs minister Andreja Metelko-Zgombic said the EU would be willing to offer a “substantial” and “ambitious” partnership in trade talks.

But Dutch foreign minister Stef Blok warned it will be “very hard work” and a “tough road ahead”.

And Irish Deputy Prime Minister Simon Coveney said the prospect for a UK-EU free trade agreement will be “damaged significantly” if Britain did not build the infrastructure required for checks on goods crossing the Irish Sea.

The offer the EU was making to the UK was “generous and fair”, he said.

BBC assistant political editor Norman Smith said the EU’s proposals “have been given a decidedly cool response from government sources”, who say the UK’s priority is about control.

He said the “mood music” from Number 10 was that the prime minister “is quite prepared to walk away” and use World Trade Organization (WTO) rules.

When countries do not have free-trade agreements they use these terms. Under the WTO rules, each country sets tariffs – or taxes – on goods entering.

Following the meeting, the prime minister’s spokesman said that agreeing the UK’s negotiating mandate was a “very smooth process”.

“The UK’s primary objective in the negotiations is to ensure that we restore our economic and political independence on 1 January 2021,” the spokesman said.

Mr Frost and his team will head to Brussels for the first round of negotiations on 2 March.

One clash expected between the UK and EU is on fishing, with leading member states speaking regularly about wanting continued access to UK waters.

In a speech in Greenwich, south-east London, earlier this month Mr Johnson announced that, once free of the EU’s Common Fisheries Policy, “British fishing grounds are first and foremost for British boats”.

But French Europe minister Amelie de Montchalin signalled fishing would be a flash point when the two negotiating teams come together in London and Brussels over the coming months.

“The fishermen have the right to be protected, they know very well that if we sign a bad deal they will lose enormously,” she told TV station France 2.

The document also says that the UK should return “unlawfully removed cultural objects to their countries of origin”.

The passage is thought to refer to the Elgin Marbles, ancient Greek sculptures taken to Britain more than 200 years ago and now on display in the British Museum.

Downing Street has insisted the future of the marbles is “not up for discussion as part of our trade negotiations”.