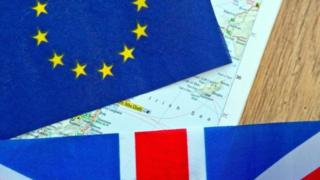 The Scottish government has said it is seeking clarity from Westminster on whether it will be responsible for implementing the Irish Sea border.

That border refers to new controls on GB to NI trade at the end of the Brexit transition period.

A NI minister said his Scottish counterparts told him they would not accept new checks at Scottish ports.

The EU has warned that if the UK does not begin preparing for checks it will jeopardise trade talks.

Under the Brexit deal, reached in October, Northern Ireland will continue to follow EU rules on agricultural and manufactured goods.

The rest of the UK will stop following these rules at the end of 2020.

This will mean some new checks and processes for goods moving between Northern Ireland and other parts of the UK.

The expectation of the freight industry is that some of those checks will take place at Scottish ports.

However, Stormont’s Agriculture Minister Edwin Poots told the assembly this week that Scottish ministers were not willing to co-operate with new controls.

He was reporting back on a meeting of agriculture ministers which took place in Belfast last month.

Mr Poots said: “Neither the NI minister nor the Scottish minister have expressed that they are willing to accept any checks at any ports.

“Scotland was as firm as I was in terms of this, that we weren’t putting infrastructure at our ports to facilitate this.”