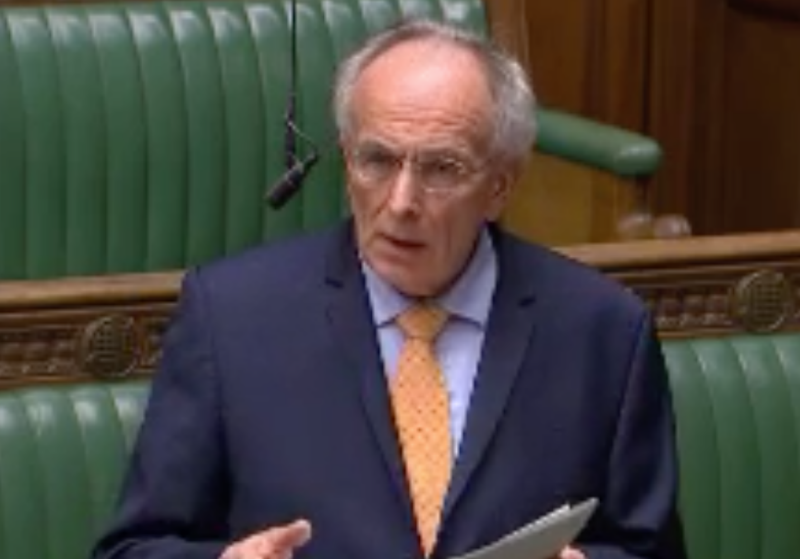 A Tory MP has called for a new June bank holiday to celebrate the 2016 Brexit referendum.

Peter Bone wants an annual “United Kingdom Day” on the Friday closest to 23 June, the day the European Union poll was held.

He said the referendum’s anniversary should be officially marked as it “invigorated the country”, but added the government has been “sniffy” about the idea.

The backbencher told the Commons on Wednesday: “Of course, 23 June, 2016 is the day the UK voted on our membership of the EU. It was the largest democratic participation this country has ever seen, with 33,551,983 people voting in that referendum.

“Whether the people we met [while campaigning] were big Brexiteers or real Remainers, the public were energised. Fundamentally, the people of the UK were engaged. For the first time, many felt their vote really mattered.

“Whether they felt happy or sad about the outcome, nothing in history has invigorated the country as much as that political debate.”

He said other reasons to have a bank holiday in June include the Queen’s coronation and official birthday being in this month.

The MP for Wellingborough also pointed to patriotic bank holidays in other countries, such as Bastille Day in France and Independence Day in the US.

The UK currently has eight bank holidays a year, which Bone said is the 226th lowest of 246 countries worldwide. He compared that to countries such as Cyprus and Malta, which have 17 and 14 respectively.

Bone told MPs: “One very important thing the government should be looking at when enhancing workers’ rights are public holidays.

“It is time the government recognised the tremendous work carried out by British people. If we are serious about wanting enhanced workers’ rights, then let’s at least create one extra bank holiday.

“Success of a business is down to the quality and productivity of their employees. Companies don’t succeed by making workers work as many hours as possible. They succeed if their workers are happy and productive.”

The bill passed its first reading, though Bone didn’t appear confident it would progress.

He said the government has been “quite sniffy” about the idea, which has “rather surprised and disappointed me”.

He complained: “Why not mark this great democratic event?”

The June bank holiday bill is set to go through its second reading in the Commons in June. This is the second of 11 stages it must pass in order to gain Royal Assent and become law.