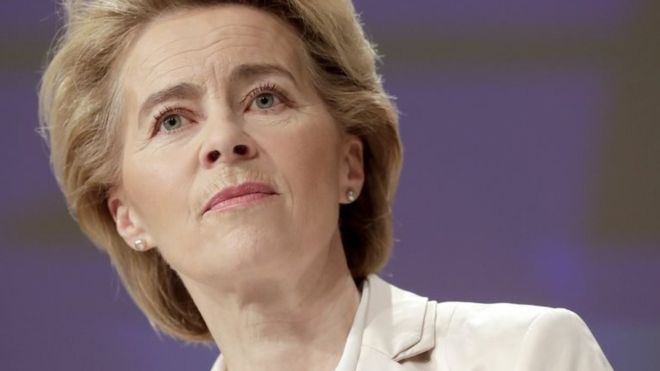 The UK should consider the trade-offs it is willing to make in a post-Brexit deal, European Commission president Ursula von der Leyen says.

She said the closer the UK’s access to the single market – which it is leaving – the more it must adhere to EU rules.

But cabinet minister Michael Gove said the UK “would regain its economic and political independence” and any deal “would need to reflect that reality”.

The UK wants a “Canada-style” free trade agreement, while Brussels has called for a closer relationship.

The second round of discussions is due to start on 18 March in London.

In a written ministerial statement, Mr Gove said the UK expected to table a number of legal texts, including a draft free trade agreement, ahead of the meeting.

But last month, he warned the government would walk away from trade talks in June unless there was a “broad outline” of a deal.

Boris Johnson has said if the UK does not get a deal similar to the EU-Canada trade agreement, then trade would have to be based on World Trade Organisation rules.

‘Rules of the game’

Speaking to reporters in Brussels, Ms von der Leyen acknowledged there were differences between the two sides following the first round of negotiations.

“We are aware that there are differences in the approach towards what scope should the future agreement have and what are – if I may say so – the rules of the game everybody has to abide to,” she said.

She said it was “up to the UK within the negotiations to think about the trade-offs they want to take into account”.

Mr Gove later published a statement, saying there had been “a degree of common understanding” during the discussions in some areas, which would be returned to in future talks.

But, he added: “In other areas, notably fisheries, governance and dispute settlement, and the so-called ‘level playing field’, there were, as expected, significant differences.”

EU chief negotiator Michel Barnier said the talks had been “constructive” but there were “very serious divergences” between the sides.

A UK government spokesman said its team had “made clear” the UK would “regain our legal and economic independence – and that the future relationship must reflect that fact”.