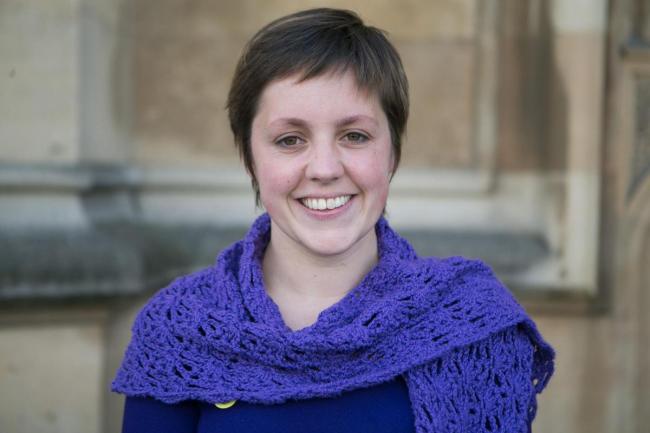 THE SNP’s Deputy Westminster leader has warned that the UK government cannot ignore the Brexit elephant in the room as it sets out its Budget.

Kirsty Blackman MP has warned that the Conservatives’ Brexit plans will leave families poorer and worse off, and push people towards hardship.

She said the Tories were “writing a blank cheque for their own self-interest” by ignoring the views of those who did not vote for Brexit.

Speaking to The Herald, Blackman said: “As the UK government prepares to set out its Budget it cannot ignore the elephant in the room. The Tories’ reckless Brexit plans threaten to damage the economy, cost thousands of jobs, and harm people’s livelihoods – yet the UK government is ploughing on regardless.

“Rather than reversing a decade of devastating austerity, the Tories are instead turning a blind eye and writing a blank cheque for their own narrow self-interest by pursuing a policy of economic and social self-harm and race to the bottom trade deal.

“That will push families and individuals into further hardship, leaving us all poorer and worse off.”

The MP for Aberdeen North added Brexit, with a Canada-style trade deal or none at all, risks removing £9bn from Scotland’s economy,

She sad: “Last week, the National Audit Office revealed that the UK government has spent over £4bn on its plans to leave the EU, and separate analysis has also shown that cost to the economy so far has been estimated at around a staggering £130bn.

“The Tories’ highest ambition is a basic trade deal which, compared with EU membership, could remove £9 billion from the Scottish economy. Westminster is clearly not acting in Scotland’s interests.

“The people of Scotland must have the choice over a better future as an equal, independent European country instead of the broken, Brexit Britain being imposed upon us against our will – and that decision must lie solely with the people of Scotland.”

Rishi Sunak said on Sunday that there were still plans for levelling up, moving resources away from Westminster and the south, after Brexit, as part of plans to “turbo-charge” the north.

However, experts predict leaving the EU will not form a prominent part of tomorrow’s budget announcement.