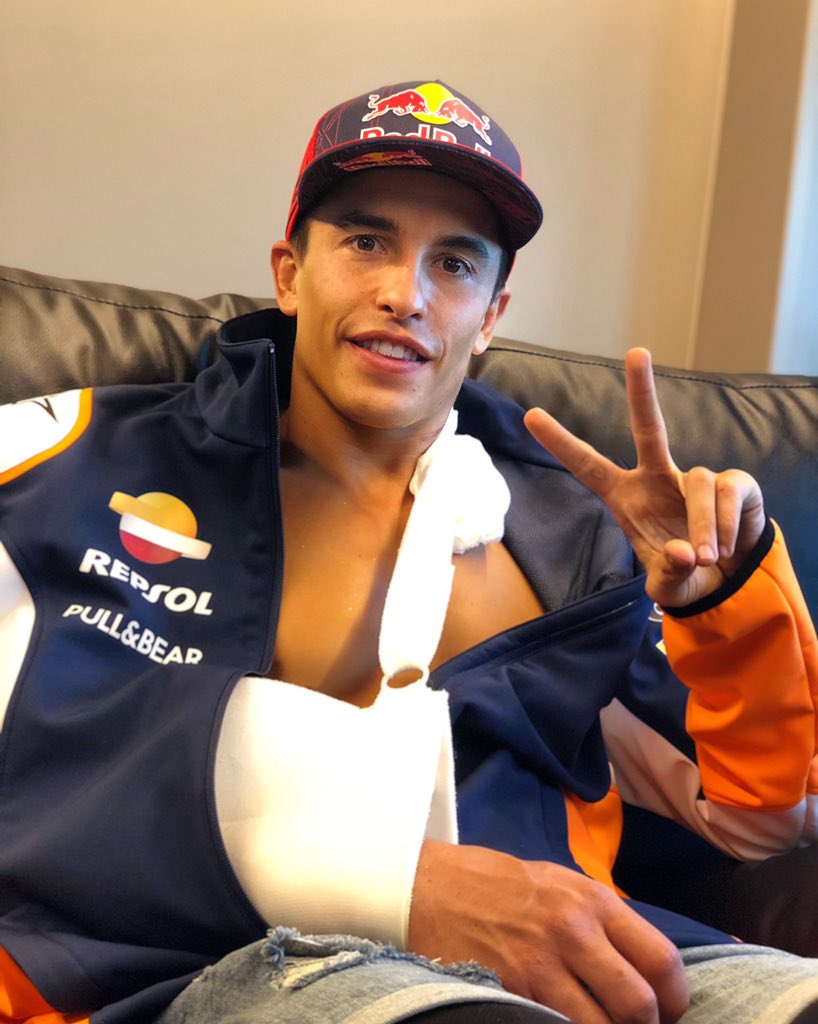 MotoGP world champion Marc Marquez will miss the Czech Grand Prix after a second operation on a broken arm.

The Spaniard, 27, broke his arm in a crash on the opening weekend of the season in Jerez on 19 July.

The Repsol Honda rider had surgery two days later but damage to the titanium plate used to fix his humerus prompted a second operation on Monday.

The team said Marquez would not ride in the Czech Republic “in order for him to recover more”.