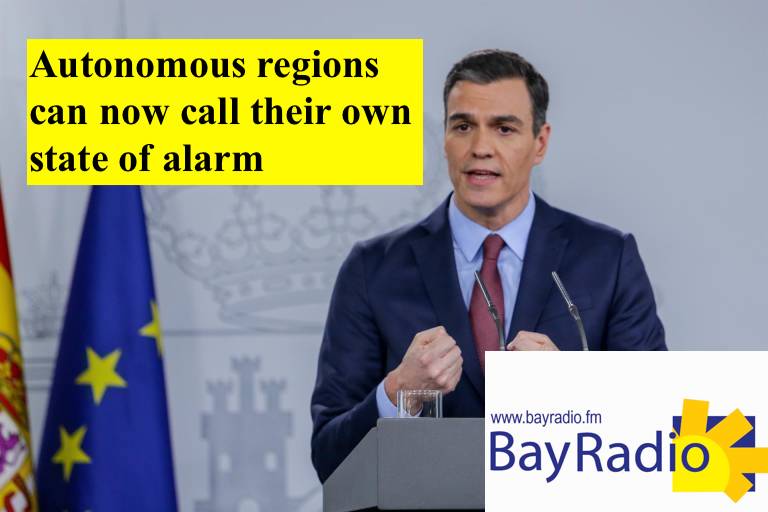 Prime minister Pedro Sanchez has announced that any of Spain’s 17 autonomous communities can call their own state of alarm to contain localised coronavirus outbreaks.

Sanchez offered 2,000 military personnel to act as COVID-19 contact track and tracers, suggesting that autonomous presidents would have the government’s backing for regional lockdowns.

The socialist worker’s party leader made the announcements during his first public address following the summer break.

“The development of the pandemic is worrying and must be tackled,” Sanchez said.

He said the pandemic was developing at different rates across the country and that no one region should be blamed for that.

The autonomous regions will be able to lockdown specific parts or the entire territory, and that such measures would have PSOE-party votes in the Congreso.

He added a wish to get rid of political infighting and reminded that the ‘enemy is the virus’ – this is because Sanchez was criticised that devolving state of alarm powers would shift any political blame from him to regional presidents.

Sanchez made a separate plea for citizens across Spain to use the contact tracing app RadarCovid.

The prime minister also said autonomous regions would have control of the return to school, and thanked the regions for using the 2 billion euros put up by the government to hire 30,000 teachers.

The announcement today is significant as, previously, autonomous governments have needed the consent of a judge to lockdown municipalities – as happened in Totana, Murcia.