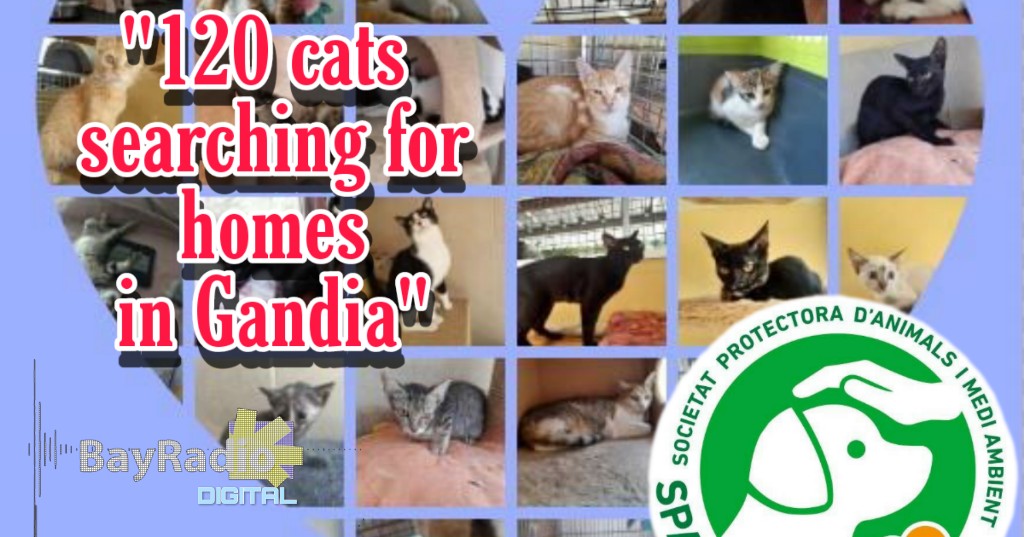 Emergency homes are being sought for more than 90 cats who were evicted with their elderly owner from his home in Gandia last week.

The S.P.A.M.A. Safor animal protectora made a plea via social media last Saturday for ‘collaboration’ from other charities and temporary ‘adoption’ homes for the cats – who reportedly have ‘never seen the sunlight’.

The cats have received ‘no veterinary care’ nor been treated for parasites since their birth. The association said they were ‘scared’ but not ‘bad’ animals.

“Up to this moment, we have received 120 cats from this house. They have been all together, males and females, mating like rabbits. The number of kittens that have died will be unimaginable.

“We do not have the space for so many cats – we already have 200 in our protectora.

“As a matter of urgency, we need houses for temporary adoptions to save them – at least until we can vaccine them, and at best until we can sterilies them.

“All help is well received. It is not the cat’s fault – they need our help.”

The Town Hall asked the estate agency for access to the home to retrieve the cats – 50 were rescued last Friday, and the remainder on Saturday.

Gil said the animals were healthy, but that ‘an apartment is not a place’ for so many cats.

The man had been receiving letters threatening eviction until finally his locks were changed.

Social services have taken charge of his case, as the man is awaiting a court hearing over his eviction this week.