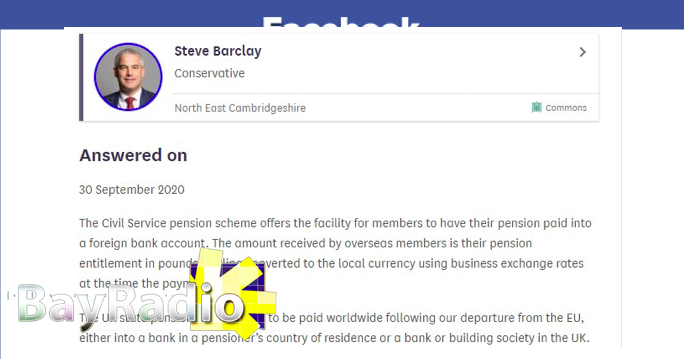 The UK’s Brexit Minister has confirmed the state pension and civil service pension will continue to be paid into foreign bank accounts after Brexit.

Steve Barclay said: “The UK state pension will continue to be paid worldwide following our departure from the EU, either into a bank in a pensioner’s country of residence or a bank or building society in the UK.”

“The amount received by overseas members is their pension entitlement in pounds sterling converted to the local currency using business exchange rates at the time payment is made.