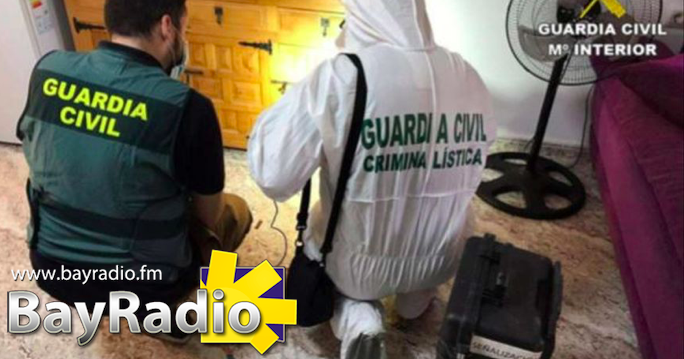 GUARDIA have arrested a British murder suspect following the knifing of a Merseyside man in an Alicante urbanisation last week.

Agents from Guardamar, in the south of Alicante province, tracked the suspect’s black UK-plated BMW down to Girona in Cataluña where they made the arrest last Friday.

The man, 38, is suspected of knifing 21-year-old Ben Nesbitt in a Ciudad Quesada home.

Mr Nesbitt is from Woodvale, Merseyside.

The suspect was just 40km from the French border where he intended to flee the country.

A Torrevieja judge has now given imprisoned him without bail while awaiting trial.

The stabbing happened at 2:30am on 1st October with two witnesses following a party at a Ciudad Quesada home.

The two men began arguing until the 38-year-old, identity unknown, stabbed Mr Nesbitt in the throat.

The victim fled to the street to ask for help while bleeding profusely, as reports Alicante daily Diario Información.

The 21-year-old fell to the ground as neighbours called an ambulance. Meanwhile, the aggressor fled in a black UK-plated BMW.

Guardia Civil at the scene could not save Mr Nesbitt’s life. The suspect was arrested less than 48 hours later, on 2nd October, in Girona.