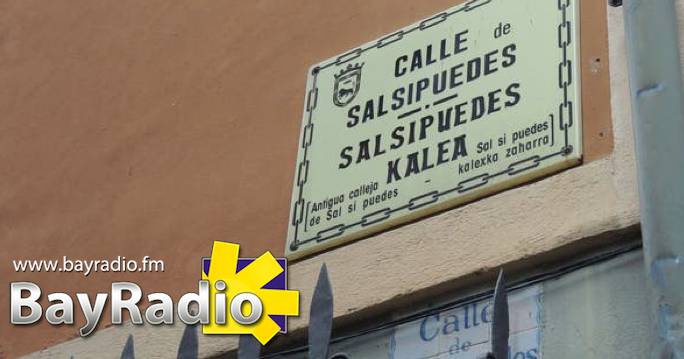 Social media has gone wild over the long October weekend asking users to Google the address of an IKEA in Valladolid.

If you do, you will find the curious address of Calle Me Falta un Tornillo – quite literally ‘I’ve a Screw Loose Street’.

The street comes from an IKEA Facebook poll in 2011 that asked users to vote on street names for their brand-new plot in the north-western city of Valladolid.

Before you change a few contacts addresses to ‘I’ve a Screw Loose’ street, here are four more of Spain’s strangest street names.

And the award for worst street to build a bank on goes to ..

The Valdespartera neighbourhood of Zaragoza city is home to hundreds of streets, parks and squares all named after films.

Neighbours were invited to propose how to name the streets, and locals hit on the theme of films in a city home to the first-ever Spanish film (Salida de la misa de doce de la Iglesia del Pilar de Zaragoza) in 1897.

Walking around the streets, you will find ‘Wizard of Oz Street’, ‘Singing in the Rain Street’, ‘Schindler’s List Street’ and more.

A Malaga street named just ‘Willy’ rose to fame in 2018 after being graffitied with genitalia.

Pito in Spanish literally means ‘whistle’, but can also be taken as a euphemism for a male’s private parts.

What happened during the festival was not revealed, however.

Get Out If You Can

Get Out While You Can Street is the smallest street in Pamplona, and the 7th shortest in Spain.

The street has been adopted by locals in the saying ‘Get out while you can, and enter if they let you’ – referring to the strict Catholic convent nextdoor.

There is also talk of Salsipuedes being home to many murders in the 19th century.

The earliest mention of Salsipuedes if from 1774 when a public record referred to it as a cul-de-sac with a well and four houses with religious officials.

The reason for its name, lost in history.

Break Your Soul is the name of one of northwestern Galicia’s steepest streets.

The streetname finds itself on a steep incline in the city of Ferrol, the 7th largest city in Galicia, and home to a deep dock.