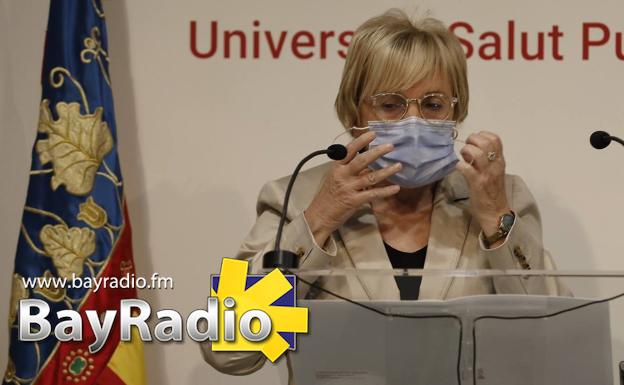 Four municipalities in the Valencian Community will get 22 extra restrictions – but not enter a formal ‘lockdown’.

Today, the temporary laws placing restrictions on bars, restaurants, public smoking, and also mandating mask use, have been re-approved for 21 days.

The laws have been in effect from 18th August and expire every 21 days – today’s announcement being the third continuation.

But there are two main additions:

The Valencian Community’s government has today said customers may only consume drinks at the bar of a pub provided they maintain a 1.5m interpersonal distance.

Customers may only drink in groups of four and only at designated areas at the bar.

Guadassuar, Elche, Orihuela y Onda will be given new measures to contain COVID-19 spikes – but they will not go into ‘lockdown’.

A resolution of 22 measures will be published this evening, entering into effect at midnight.

The measures will include limiting numbers of people at family reunions, social gatherings as well as at cultural and recreational activities to six.

It comes as Elche is experiencing one of the highest COVID-19 caseloads in the Valencian Community.

This is far below accumulated incidence of 800 per 100,000 inhabitants seen in the autonomous region of Navarra yesterday, but much higher than the Valencian Community average.

In fact, the Valencian Community went for 25 days with the lowest accumulated incidence in all of Spain, hovering between 40-50 per 100,000 inhabitants.

75% of new infections have been traced to family or social gatherings in Elche, while 43% of diagnoses are aged between 15-44.

Orihuela has recorded 431 cases per 100,000 inhabitants between 28th September and 11th October.

Valencian health councillor Ana Barcelò Chico (pictured) said over-65s make up 17% of infections and that stress at ‘hospitals’ has not been observed.

Barcelò said one of the largest outbreaks there happened at a gym, where 30 people became infected.

Onda has seen an accumulated incidence of 305 per 100,000 inhabitants, with Barcelò saying local hospitals have become stressed.