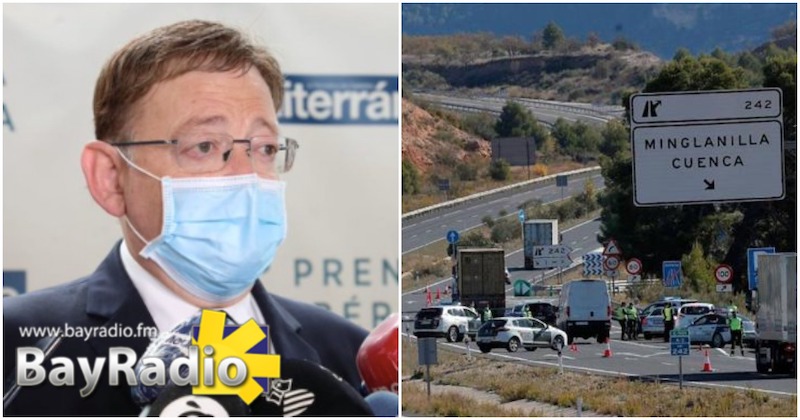 The Valencian Community will keep its territorial borders closed for another seven days – until at least 19th November.

A second extension to the border closure was approved via decree last Thursday, 5th November, until midnight tonight. (Official source.)

A new closure has not yet been published in the official bulletin of the Valencian region (DOGV).

When the decree is published, we will post a link here.

The closure means police blocks could meet travellers wishing to enter or exit the Valencian Community.

It shares borders with Cataluña and Aragón in the north, Castilla-La Mancha in the west and Murcia to the south.

Read the 11 exemptions to cross-border travel in our first write-up of the closures here.