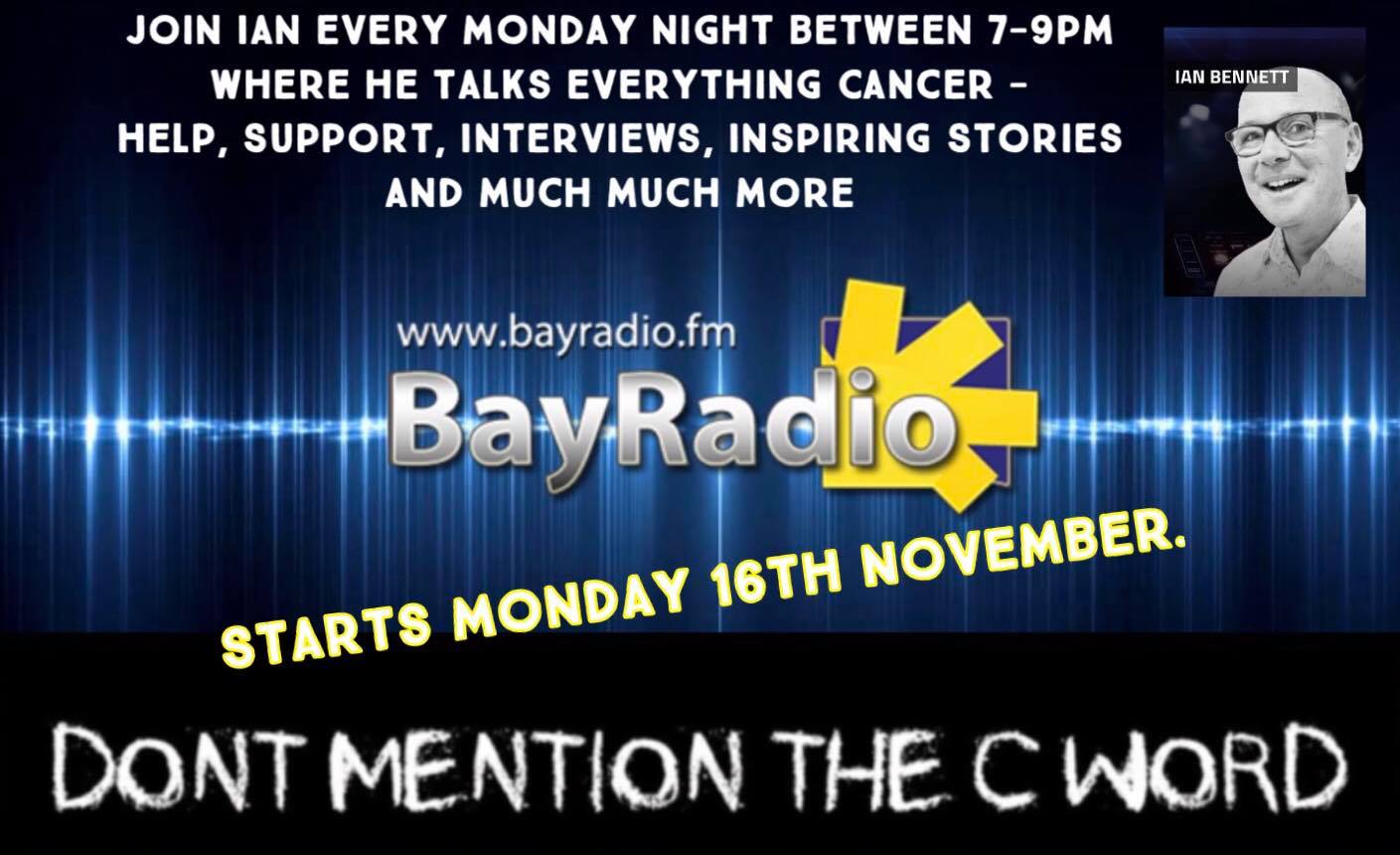 Don’t Mention the C Word is a brand-new radio show to tear down taboos – and it isn’t about COVID-19 or female genitalia.

It’s about cancer, Spain’s 2nd biggest killer, and how it’s not just the foreign lingo that’s got us tongue-tied.

BayRadio Spain are proud to present the new show that will get us talking – and laughing – about everything from local cancer advice to survivor stories near our Javea HQ on the Costa blanca.

“Anyone who’s had cancer knows you live in fear of finding a bump, or a lump. You can never take your foot off the pedal.

“It’s an emotional subject, but you need to chuckle through it or it’ll destroy you.”

Ian was first diagnosed with Cancer in his tonsils and lymphnodes during a routine tonsillectomy in October, 2007, and didn’t believe he’d make Christmas that year.

He fought a seven-month recovery, only to find a lump on his testicle ten years later in 2017 – which was resolved with surgery – and then in 2018 again with lymphnode cancer between his kidney and spine.

Ian said a ‘dark sense of humour’ helped him through an intense chemotherapy course, something he finds in common with people affected by cancer.

But even after coping through a triple battle with cancer, Ian still believes that people live in denial of the disease.

“Growing up in the 70s, 80s and 90s cancer was a taboo subject – some older generations still struggle to even mention the word,” Ian said.

“Now is the time to burst that balloon – with this show we can do that.”

During his residence in Spain since 2011, Ian set a drop-in support centre in the Jalon Valley to give support to British expats – many lacking a family support network during cancer battles.

He brought people into the conversation and set up workshops, such as make-up classes for women who’d lost their eyebrows during chemotherapy.

“I’m a better person for having had cancer,” Ian, originally from Manchester, said.

“It made me understand life more. It’s given me a sense of purpose – I’m spending every second trying to help people.”

“If just one person listens to the show and it helps them, then we’ve done the right thing.”

BayRadio lunchtime presenter Dougie Mack, who is on the production team, said:

“Cancer touches everyone in some way during the course of this thing called life.

“I’m so pleased to be involved with such an amazing project, dealing with what for many years has been a taboo subject.

“The interviewees all have an amazing story to impart; make sure you’ve got a box of tissues handy.”

Listen out for interviews with Magic Mike, a stage magician who battled through mouth cancer, and Anita’s fight with breast cancer.

Ian said future episodes – every Monday from 7-9 – will feature interviews with key figures from Costa Blanca charities Cancer Care Javea, MABS Cancer Support Fundacion and Help of Denia and the Marina Alta, plus many more.

Listeners can also contact Ian or BayRadio Spain with their stories (see below).

Tune in to BayRadio’s FM waves from Valencia down to Murcia on Spain’s Costa Blanca, or go to www.bayradio.fm where shows will be uploaded for catch-up.