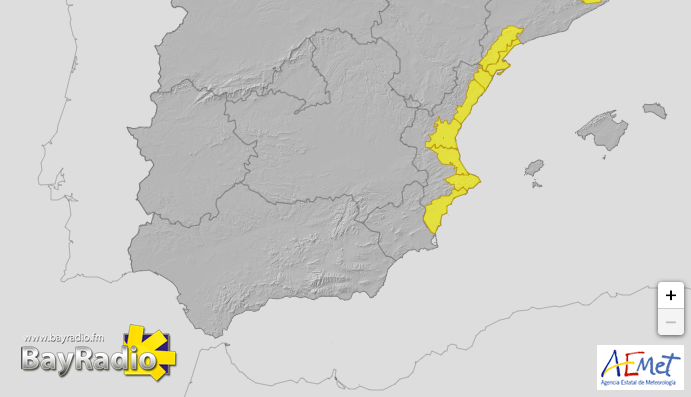 Rainfall of 60mm within a 12-hour period is predicted for the entire coastline of the Valencian Community.

This includes coastal regions in Alicante, Valencia and Castellón.

Orange weather warnings have been issued for Andalucía tomorrow – where a gota fría storm is advancing eastwards along the Strait of Gibraltar.

The post reads that ‘rose colours’ represent the cold front – the term gota fría in Spanish refers to a weather phenomenon where a cold pocket of polar air isolates itself from a northern jet stream, and passes over western Europe before meeting muggy Mediterranean air.

The post adds that rain would be ‘fantastic news’ for Spain’s mountains and aquifers.

Watch a graphic showing the formation of a gota fría here.