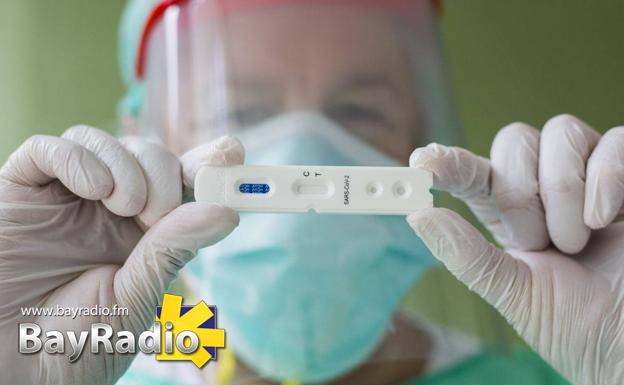 UPDATE – The Canarian government will reportedly approve antigen tests during a meeting at 10.30am today (3 December). Read more on the battle between the Canary Islands and Madrid here.

The 15-minute tests could open up the Canary Islands to international sun-seekers this winter.

The Canary Islands will accept negative results from an ‘antigen’ test as proof a passenger is COVID-19 free.

Authorities have received ‘scientific proof’ that antigen tests measure up to health standards – the international standard is a PCR test, which takes 4-6 hours and requires a lab for results.

Antigen tests, however, have been dubbed as ‘pregnancy-style’ tests as they take just 15 minutes to show results.

The move could see a partial recovery of the archipelago’s tourism industry in 2021 – especially for travellers from countries with a high incidence of COVID-19.

Arrivals into both the Canary Islands and mainland Spain are currently required to provide proof of a negative PCR test for coronavirus taken up to 72 hours prior to departure.

Fines for not having a negative result can be as high as 6,000e – as BayRadio has reported.

Officials hope to have the new testing standard signed off ready for the start of December. It follows bold tourism moves, such as back in August when the government decided to pay all medical costs for tourists if they contract COVID-19 whilst on the islands.

The policy is managed by French insurer AXA and includes health-related repatriations. In a statement, the Canary Islands regional government announced: “It will last for one year and will exclude health conditions that were known of before the traveller concerned came to the islands.”

Depsite the good news for industry, tourism chief Yaiza Castilla said the islands’ regional government still expects the number of incoming tourists to plummet to 5 million this year, down from 15 million in 2019, before rebounding to 8 million in 2021.