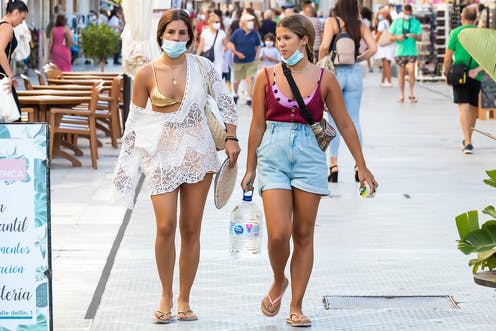 YOUNG people are suffering a spike in Covid-19 infections as the least vaccinated age group but the most socially active.

According to the latest government statistics, the 14-day cumulative cases per 100,000 people stands at 107, an upward curve amongst the general populations.

“Contagions of the variants – such as the delta, which is 60% more transmissible – is on the rise,” said Alberto Infante, professor of international health at the Carlos III Health Institute.

“What’s more, the restrictions on movement and night time venues have been lifted; young people have finished their studies and are eager to get out.”

According to the Carlos III Health Institute, Since June 22, about 600 people under the age of 30 have been admitted to intensive care units in hospitals and 80 have died.

And infection levels in the 12-19 age bracket are on the rise in Asturias, Balearic Islands, the Canary Islands, Valencia, Extremadura, Castilla y León, Galicia, Murcia and Catalonia. The levels have risen most in Madrid, reaching almost 300 per 100,000 people.