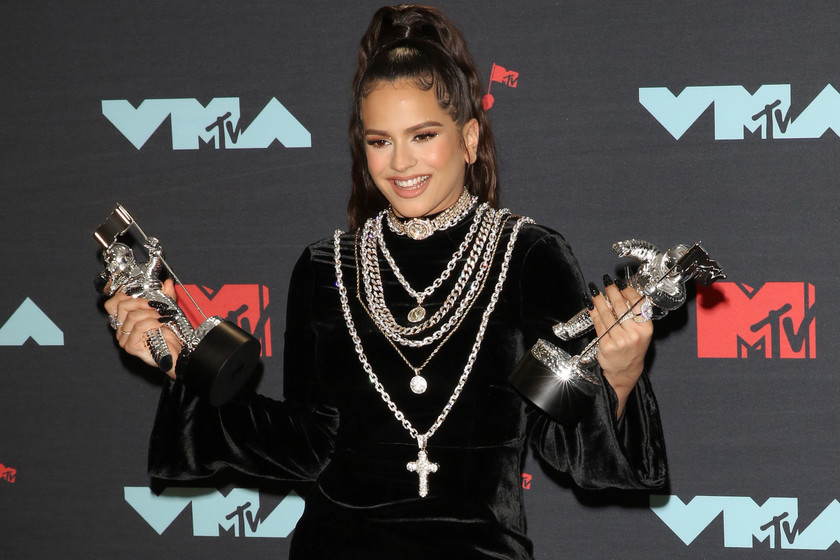 Slowly normality has been restored since the outbreak of the coronavirus around the world. New York has held one of the first major events since the pandemic began: the MTV Video Music Awards 2021 dedicated to music videos.

The award for best Latin video went to Rosalia for her song with Billie Eilish. The collaboration between the American singer on the theme ‘Lo vas a olvidar’ was awarded at the prestigious MTV VMA 2021. The song thus prevailed over powerful competitors such as Maluma (Hawaii), J.Balvin, Dua Lipa, Bad Bunny and Tainy (One Day), Black Eyed Peas with Shakira (Girl like me) and Karol G. (Hotbica).

Singer Olivia Rodrigo surpassed pop star Justin Bieber at the MTV VMA gala this Sunday, in which Lil Nas X took the award for best video of the year and starred in a somewhat risqué performance and Megan Thee Stallion left vacuum despite being a favorite.

Rodrigo, who rose to fame thanks to social networks, was awarded three statuettes: the best new artist, song of the year and performance ‘push’ (‘drivers license’) while Bieber consolidated as best artist and triumphed in the pop category (‘Peaches’, with Daniel Caesar and Giveon).

One of the most acclaimed, Billie Eilish, won two statuettes: the one for best Latin video for her collaboration ‘Lo Vas a Olvidar’, with Rosalía, and the one for ‘video para el bien’ for her song ‘Your Power’, about inappropriate sexual behavior.

Latin music was very present at the gala, although the award of that category was not presented but was published later. There were performances such as Camila Cabello; Shawn Mendes and Tainy; and Ozuna, who dedicated his fun ‘La Funka’, surrounded by stuffed animals, to Puerto Rico and the Dominican Republic.