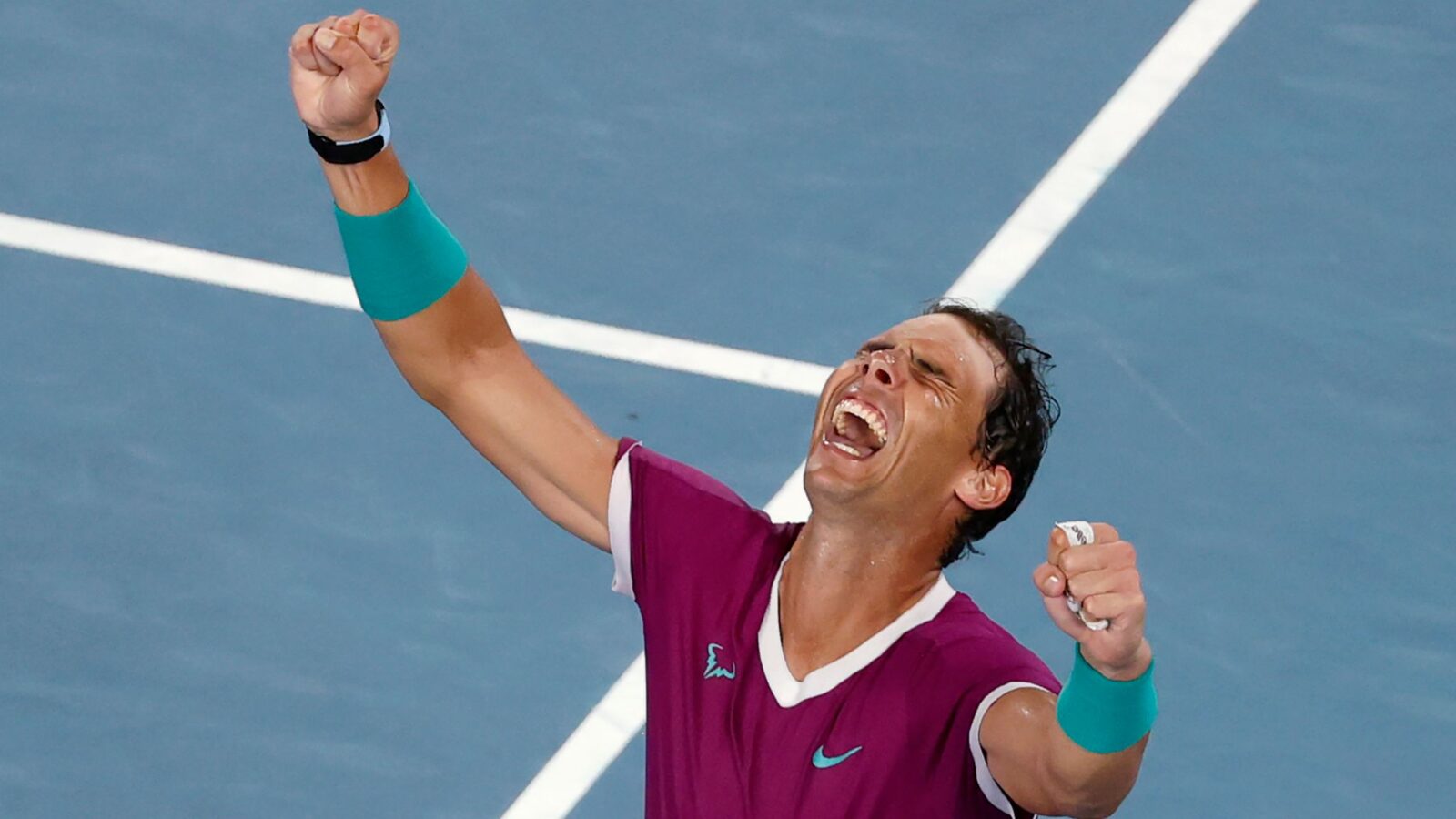 Rafa Nadal suffered like never before to achieve his 21st Grand Slam and his second Australian Open. A 5-set battle against Daniil Medvedev that made the Balear the most grand slam tennis player in history.

The victory was heroic considering that the Russian put 2 sets to zero in the final. But Rafa believed and achieved a historic victory at the Rod Laver Arena.

“The third game was almost impossible. Two sets down, with the addition that in the second I had opportunities to close it, and even more knowing that I am not physically prepared. I don’t remember the points, but the dynamics of the match changed from there, “Nadal explains about one of the key moments of the Australian Open final.

“On a personal level it’s amazing, it’s the most unexpected victory of my career and one of the most exciting. It’s hard to explain, it’s amazing what I experienced yesterday and seeing that I’m competitive as a player is something incredible, “admitted the winner of 21 Grand Slams.