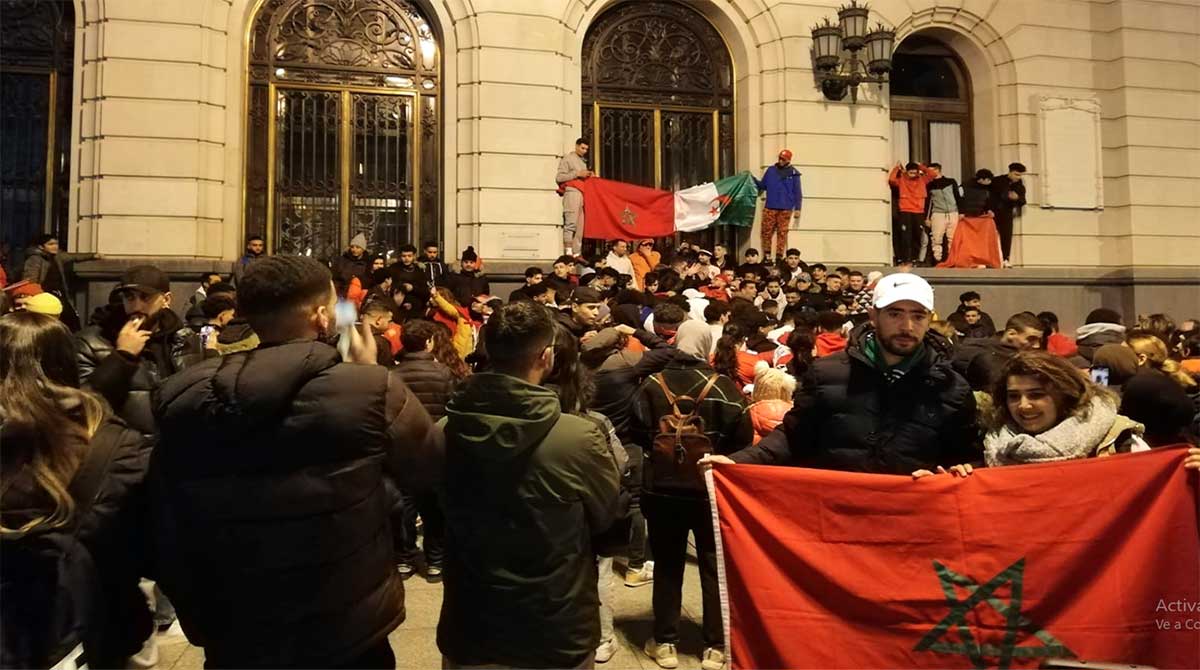 It’s a historic day: Morocco has moved to the quarterfinals for the first time in its history. The Joy is overwhelming.

In Morocco the euphoria has been unleashed and the streets of the main cities of the country have been filled with fans who celebrate the victory of the “Lions of the Atlas” over the Spanish team. It is already history: this is the first time that Morocco has gone to the quarterfinals in a World Cup.

One example is Casablanca (Morocco), where citizens have taken to the streets to celebrate this historic moment. This World Cup in Qatar has achieved something that is not seen every day in Morocco: to delude and unite a whole country. They are no longer satisfied with the quarterfinals, now they dream of the World Cup.

There have been high-profile celebrations both in Rabat (the capital of Morocco) and in the emblematic Casablanca.

A total of 800,000 Moroccans reside in Spain. Hundreds of Moroccan fans have celebrated the victory of their selection in Barcelona, more specifically in the Plaza de Colón. Also in Canaletas and Las Ramblas. And in Catalonia there are up to 30% Moroccans registered in here. Songs, drums and even fireworks. At the moment the celebration is peaceful and there is a police device mounted in case there could be altercations throughout the night.

Another place where Morocco’s victory has been celebrated is in Madrid. The fans started in Lavapiés and ended up in Puerta del Sol. Meanwhile, in Bilbao, the euphoria for victory has led a group of Moroccan fans to cut traffic and have starred in some races and screams without further consequences. In Ejido (Almería) the joy has been excessive. And many Moroccan citizens live and work there.

In Ceuta there has been great harmony between the two teams. The autonomous city is used to living with both cultures. The flags and t-shirts of Spain and Morocco have been mixed in the bars of the city. In some cases, both teams have experienced the match sitting at the same table. Many assured that their hearts were divided.

Moroccan fans have taken to the streets to celebrate their victory in the World Cup. The celebrations have moved to other countries and in Brussels the celebration has ended with riots.

The Moroccan fans celebrate this Wednesday the triumph of their team against Spain and the pass to the quarterfinals of the 2022 World Cup. The fans’ party has moved to the streets, also those of Spain, and other countries such as Brussels, where the celebrations have ended with incidents.

The celebration has been somewhat more tense in Belgium. In Brussels, fans have faced the police who have responded with water cannons and tear gas. Supporters of the Moroccan team have launched fireworks and set fire to street furniture. The agents have arrested several people.