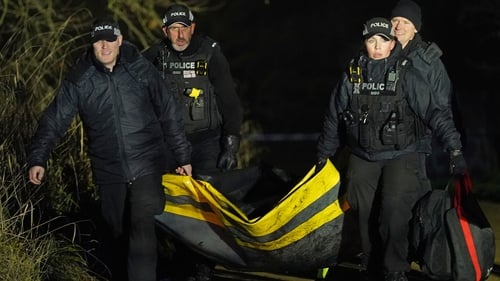 The ice couldn’t take the weight of the four little ones and broke, plunging them into the icy water of the lake in the Midlands.

An unusual accident has occurred in the southeast of downtown Birmingham. Four children played on the icy surface of a lake and suddenly fell in. The ice couldn’t hold the weight of the children and broke. Several witnesses immediately alerted the emergency services.

Finally, the firemen arrived at the accident site and managed to rescue the four children who were in critical condition. Then they continued to scour the area for more missing children.

At a press conference in Birmingham, West Midlands Fire Service Area Commander Richard Stanton said that the scene and social media posts indicated that “several children had been playing on the ice of a lake and had fallen into the icy cold water”.

Cameron McVittie, commander of the West Midlands ambulance service said the four children suffered a cardiac arrest and have received specialised care. Two are being treated at Birmingham Children’s Hospital and two at Heartlands Hospital, also in the city.

“There are no updates. They’re all in critical condition when they got to the hospital,” McVittie explained. For their part, British media picked up statements from Superintendent Richard Harris: “On behalf of the West Midlands police, we understand how distressing this is for families and the wider community and we are doing our best to support everyone involved”.

Police have confirmed that three children have died after falling through the ice on a frozen lake. A fourth boy, aged six, is still fighting for life in hospital.

Four children were rushed to hospital after being plucked from the icy lake in Kingshurst, Solihull, on Sunday. Police added that searches of the lake are continuing to establish whether anyone else fell into the water, following reports that as many as six children may have been involved.

Temperatures are thought to have plunged to 1C (34F) in the area at the time of the incident, falling to -3C (26F) overnight.

“The boys, aged 11, 10 and eight, were rushed to hospital after being pulled from the water.

“Sadly, they could not be revived and our thoughts are with their family and friends at this deeply devastating time. We’ll have specialist officers offering them as much support as we can.

“A fourth boy, aged six, remains in a critical condition in hospital.