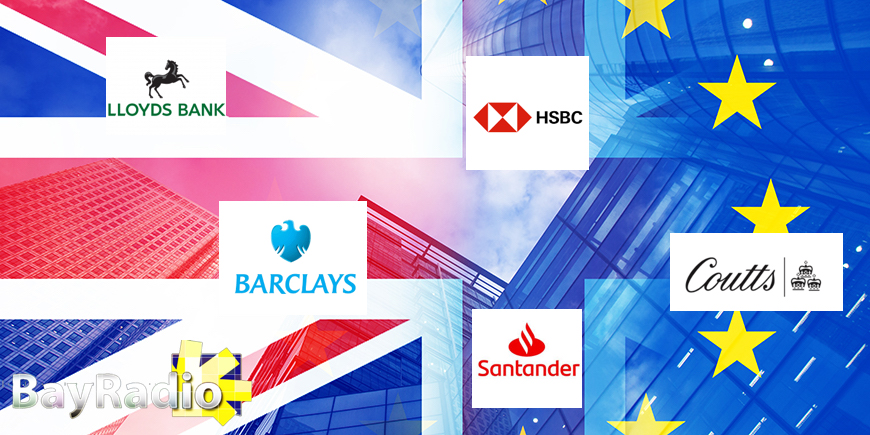 That’s according to the the Financial Conduct Authority (FCA), who were prompted to defend expat financial interests my Mel Stride MP.

Thousands of UK expats are receiving letters that their bank accounts will be closed after Brexit. This is due to the EU-wide financial passporting regulations that will no longer apply to the UK.

For those bank accounts without a branch in the EU, it may no longer be in their commercial interests to continue with their expat community bank accounts.

The FCA has said that legally the banks must give at least two months notice to their clients before the closure of bank accounts.

Bay Radio spoke to Roger Roberts, a British expat living in Spain who has received conflicting information from Lloyds bank. For him, and thousands others the issue of their private pensions is of ‘great concern’.

Changing bank accounts close to the Brexit deadline could be expensive as the exchange rates and transferral fees lead to large overhead costs.

He said: “You can imagine my concern if Transact Financial say no to my request to transfer my private pension to a European Bank. So where can I transfer it?”

Roger is worried that many other British expats are being complacent about this issue. Many of those he has spoken to, do not believe that their bank accounts will be closed.

The new chief executive of the FCA, Nikhil Rathi, has said that banks need to be reminded of their responsibilities.

He said: “This includes identifying whether closing accounts would cause any particular customers or classes of customer undue financial hardship, taking into account the availability of alternative products.”

Banks are now being placed under the microscope by the authorities. Mel Stride has welcomed the FCA’s intervention and has agreed to monitor the situation closely.

Is YOUR bank account facing closure or at risk?

Here are some of the best blogs to offering advice: