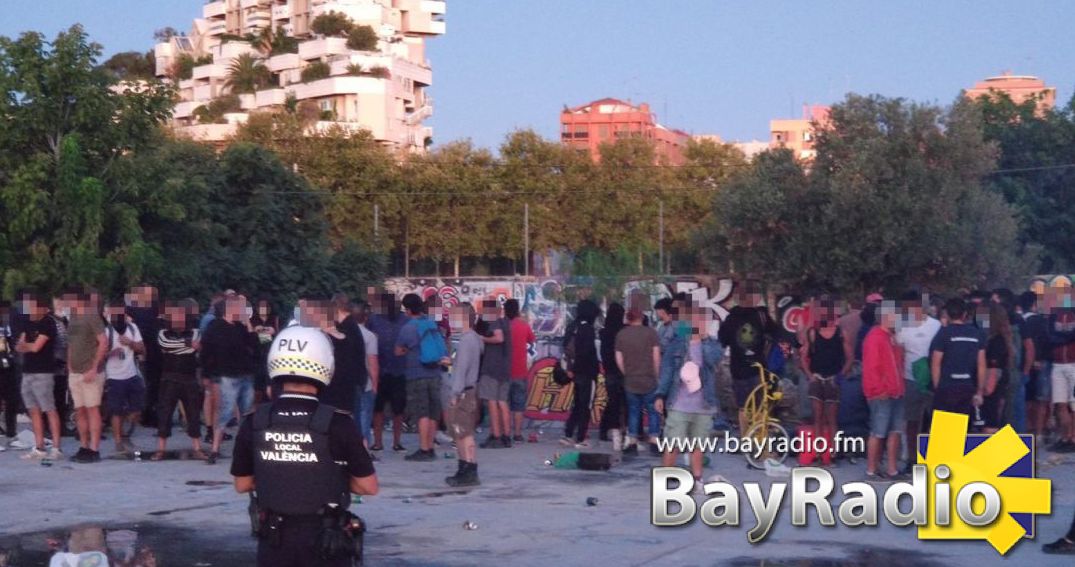 Some 26,642 infections in the Valencian Community (Alicante, Valencia and Castellón) have been traced to botellones, fiestas and ‘uncontrolled’ celebrations to date.

Four of every 10 coronavirus infections have been traced to ‘binge-drinking’, parties and social celebrations in the Valencian region.

The Community has recorded 65,838 COVID-19 positive infections since the start of the pandemic as of Tuesday – with 26,642 of those traced to alcohol-related social situations.

According to health documents seen by Valencian daily Las Provincias, these situations have become a primary concern in the fight against coronavirus.

The Valencian Community’s legal resolution published last Saturday specifically says ‘young adults’ make up the most cases – you can read it in Spanish here.

(The legal resolution explains why Ximo Puig decided to unilaterally declare a curfew in the region – read the rules here.)

The Valencian health department, Sanitat, describes situations where young adults infect each other as: “Where people speak aloud, sing and do not make good use of the mask or carry out activities where its continuous use is incompatible, such as eating, drinking or doing physical activity.”

The document also explains that 97.2% of all recorded outbreaks have been traced to within the Valencian Community.

Just 2.8% of outbreaks have their origin in other autonomous regions in Spain, which is why the Valencian region opted for a localised curfew rather than border closures.

It says 66.5% of all outbreaks are from ‘social situations’, which include family get-togethers as well the aforementioned parties and botellones.

Just 20% of outbreaks have been traced to workplaces, which is also why Ximo Puig opted to restrict nightlife rather than close businesses down again.

“The most important causes of the exponential increase that we have verified in this last week come from social relations and non-regulated nightlife. According to police reports, a notable increase in private parties and reunions in homes has been observed in recent weeks, including in second homes, chalets, etc., which replace nightlife activity that would have gone on at the same time if not for restrictions. In this way, the closure of nightlife from 1am has been replaced for alternative social gatherings in the same time slot. In addition, in many localities, social gatherings have filled the void left by the suspension of local festivals – but these uncontrolled gatherings have caused major outbreaks putting the health of citizens at risk and altering the lives of their neighbours.”

The document mentions 21,000 fines in the Valencian Community since 26th June, just 6 days after lockdown ended.

A massive 90% of these fines were ‘serious’ or ‘very serious’ – read about the fine structure here.

“In order to stop the high rate of infections in the Valencian Community over this last week, it is necessary to adopt measures aimed at restricting nighttime social activity and limiting six people for social gatherings. These measurements are the most suitable measures.”