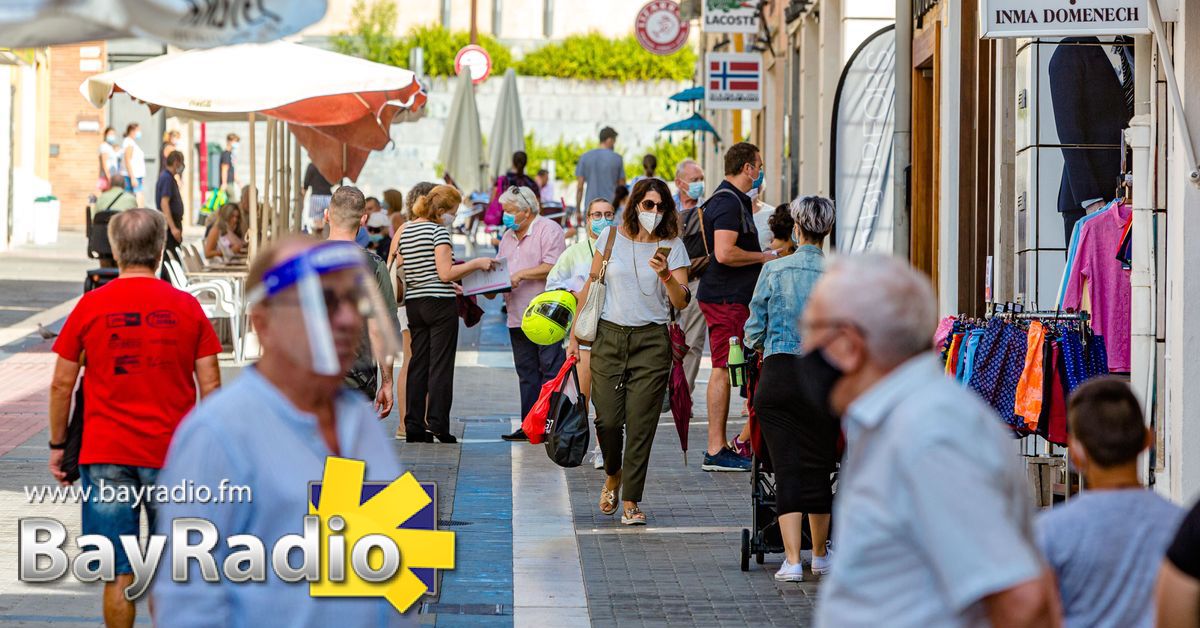 Denia’s COVID-19 cases increase 500% in the last two weeks – a rise the local government has attributed to the October ‘puente’ (9th-12th) long weekend.

Denia’s councillor for health, Cristina Morera, has blamed a recent rise in COVID-19 infections on the October long weekend.

Thousands of residents in Valencia city and Madrid have holiday homes on the Costa Blanca – especially in the cultural hubs of Denia and Jávea.

“It is very likely that the long weekend had an impact on the subsequent increase in registered coronavirus cases,” Morera told Nius Diario.

“Added to the population increase was the fact that during those days people relax and pay less attention to protection measures – and this is decisive for the spread of the virus.”

The majority of new diagnoses have been traced to social situations, according to updates from the Valencian region health department, Sanitat.

It comes as the Valencian Community shut its borders last Saturday at 12pm midday in anticipation of the ‘All Saints Day’ long weekend.

(Read our write-up with links to the official decree published in the Diari Oficial de la Comunitat Valenciana here.)

Data can be viewed by municipality according to Sanitat’s latest figures on an interactive map (in València only).

The whole Marina Alta comarca is now showing an accumulated incidence of 159 cases per 100,000 inhabitants over the last 14 days.

This pushes the region into level 3 ‘high’ alert, according to Spain’s four-tier COVID-19 alert system.

(Read our translation of the four-tier system here.)

The health councillor Ana Barceló also blamed the October ‘puente’ for a rise in cases across the Valencian Community, reports La Marina Plaza.

It’s not the first time movement of people, and tourism, has led to a rise in COVID-19 diagnoses in Denia.

The capital of the Marina Alta region actually ranked 8th out of every single Spanish destination in terms of hotel occupancy over this summer – read more in our write-up here.

Following a successful summer tourism season, Denia registered 552 cases per 100,000 inhabitants at the beginning of September.

This is the highest AI recorded in Denia since the beginning of the pandemic.

“It was a summer that, despite the pandemic, was very similar to that of other years, we had many visitors and the consequences were seen in September, with a very high increase in cases,” said Denia health councillor Cristina Morera.