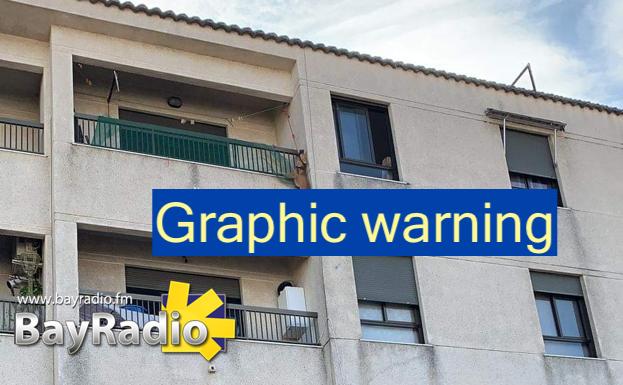 See a picture of the dog below – graphic warning.

Guardia Civil from Oliva have arrested a man who left his wounded dog hanging from a 3rd-floor balcony.

Policía Local in Bellreguard, near Gandia, rescued the dog after it had spent ‘days’ shut outside, had been beaten and presented signs of malnutrition.

The dog also wore a muzzle and an ‘anti-bark’ collar that sent electric charges any time the animal made noise.

“The dog was tied by a lead so short it couldn’t sit on the floor, sleep or rest,” said the Associació de Benestar Animal de Bellreguard in a Facebook post.

The dog reportedly attempted to escape the balcony before neighbours heard its cries as it dangled by its lead.

A Policía Local agent had to break down the apartment door to rescue the animal.

The dog was treated immediately at a local vet – it suffered damage to its rear legs as it tried to save itself from falling.

The Valencian Community is home to some of the most advance animal rights laws in Spain.
Fines for animal abuse – including neglect – can reach 45,000e.
It is also a crime to fail to report animal abuse when you see it. Read more here.