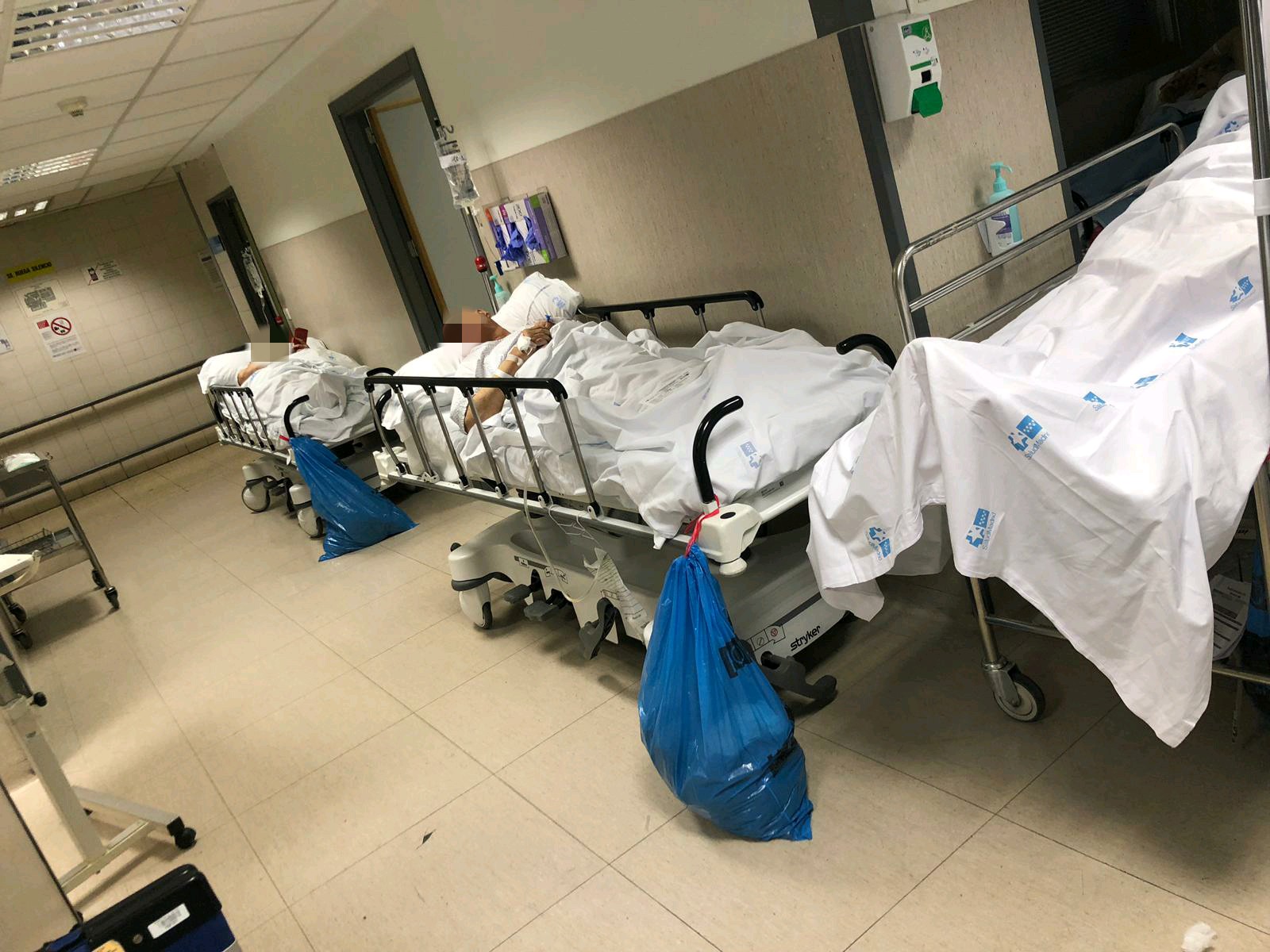 Emergencies are overwhelmed and doctors are desperate. Solutions are urgently sought. Today, for example, in Madrid the health workers meet again with the Ministry of Health. Next to the capital, there are 6 other communities that warn of strikes in the coming days. The lack of agreement may cause even more strikes and complications in the Spanish Health Department.

Doctors report situations like those of a few hours ago at the La Paz Hospital in Madrid. The unions report that more than 160 people accumulated in the corridors waiting to be attended or to enter. Something similar happened in another large hospital such as in Catalonia, Galicia or Castilla-La Mancha. Those responsible in the councils of these communities say that they are specific cases due to the peak of respiratory infections.

Beds in the middle of the corridors, is the current situation in the urgencies department of the hospital of La Paz in Madrid. An emergency doctor explains that there were 110 patients admitted who had to be hospitalised in a plant and were in the emergency department instead. Patients who can wait more than 24 hours.

Guillermo del Barrio, an emergency nurse, says that they are crowded, average waiting time could be hours, patients have a hard time”.

The situation is similar in Alcalá de Henares. From the Health Concierge of Madrid, they assure that it is a timely situation. An emergency doctor says “it is no longer a possibility to place the patient in a different department, the problem is that physically we have nowhere to place them”.

In the University Hospital of Toledo they report that they have had two days with more than 60 patients awaiting admission. Miguel Ángel González, of the union CSIF TOLEDO, points out that “the staff is exhausted, without the management of the hospital offering a solution”.

Pedro García, an emergency doctor from Valencia, explains the inhuman conditions in which these patients are placed. And Xavier Tarragón, a doctor from Barcelona, claims that there are not enough hands and there is a shortage of healthcare professionals.

There are already 7 communities warning of public health shortages if measures to improve working conditions are not achieved.